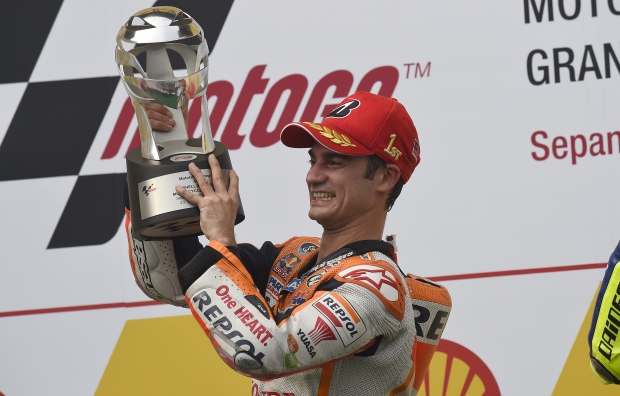 Pole man Dani Pedrosa led every lap of today’s Malaysian GP to take his second win of the season and seal the hat-trick of victories for the Repsol Honda Team in the fly away races. Unfortunately teammate Marc Marquez was involved in an incident with Valentino Rossi and crashed out on lap five.

Dani made a strong start off the line with Marc closely behind him however, after a small mistake on lap two Marc was passed by Lorenzo in turn four demoting him to third place and in front of Rossi. As Dani took control at the front, Marc and Rossi fought fiercely for third place and on lap four the two riders passed each other nine times, with Marc leading as they began lap five.

Again they battled and passed one another five times with Rossi in front as they exited turn thirteen. With Marc on the outside, Rossi slowed them both down into turn fourteen and then extended his leg into Marc’s bike causing him to crash. Dani remained untouchable at the front, winning comfortably with a margin of 3.6 seconds over Lorenzo.

After the podium ceremony, Rossi and Marc were called to Race Direction for a hearing. Their decision – after speaking with both riders – was to give three penalty points to Valentino, resulting in him starting the final race of the season from the back of the grid, as he already has one penalty point after an incident in Misano. Yamaha appealed this decision and the FIM had their own hearing with both riders but the appeal was declined and the penalty stands.

With his victory, Dani moves up into 4th in the Championship Standings with just one race of 2015 remaining in Valencia.

"I am very happy because it was a very nice Grand Prix! We had a good feeling from Friday, we were able to manage the weekend well and above all we had a bike that worked very well during every practice. The setup we used at this circuit in February during testing helped me a lot and I'm very happy to take this win for my team, who have been behind me all the way. I am especially pleased to finish the season very positively, as it has been a hard year but we are now recovering well and we’re in good form. Australia is always the hardest race of the year for me, but that turned out fine and I'm really glad we completed the fly aways like this."

"We were having a good race up until the incident. At the beginning I made a mistake, but then I regained confidence. Valentino overtook me, I followed him for half a lap, and I saw that I could go faster than him, so I tried overtake him back. We started a fight between us and I always passed without making any contact with him. At Turn 14 he passed me on the inside, I sat the bike up, he kept going straight ahead and I saw him looking at me. I didn’t know what to do. Then he kicked out at me, knocking my brake lever, and I crashed. I will leave the sanction in the hands of Race Direction. All I know is that I scored zero points and ended up in the gravel, but thankfully I'm fine. Both what Valentino said to Race Direction and what he did on the track has made me disappointed. I’ve never seen anything like it: a rider kicking another rider. It might be down to nerves, but I want to try to forget about all this and the important thing is that I'm fine physically. I hope, for the sake of the sport that this ends here." 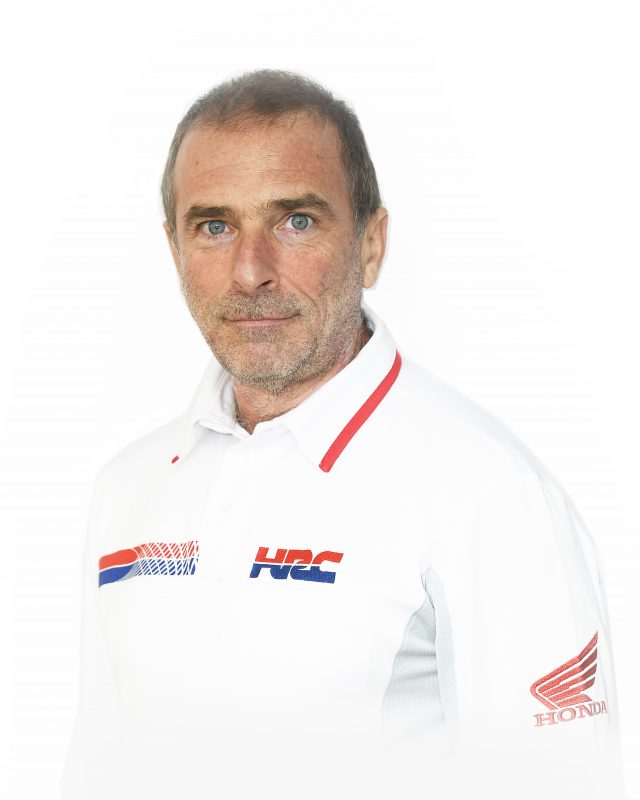 "For the Repsol Honda Team what happened today is something we never want to see in racing, as it is unacceptable that a rider would intentionally create a dangerous situation causing the crash of another rider. We love motorsport and we like to see riders competing for victory, but there must be a limit and mutual respect of each other." 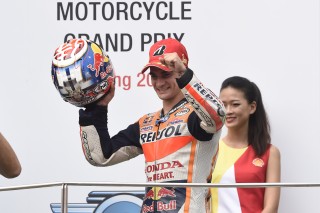 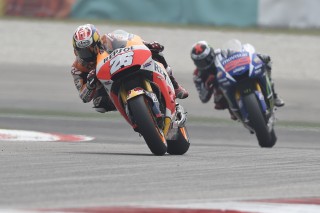 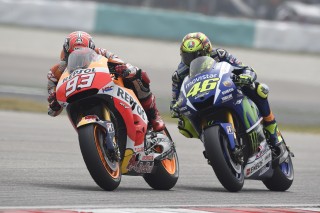 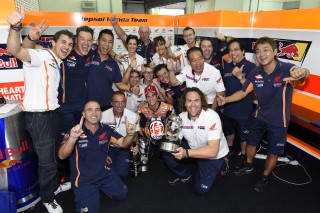 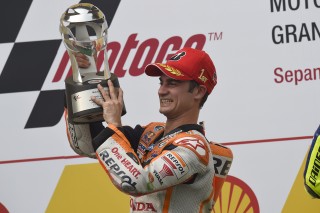 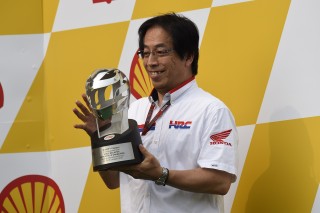 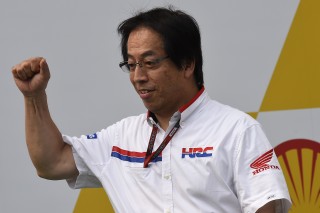 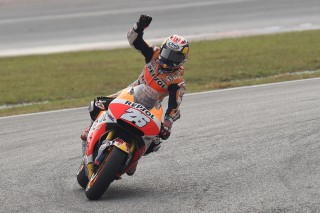 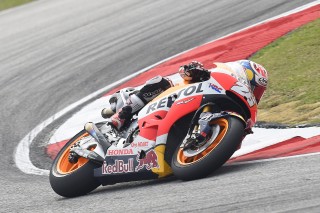 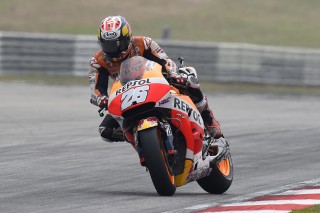 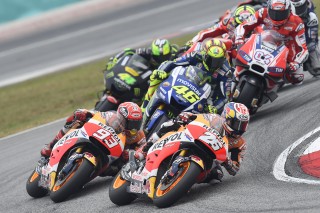 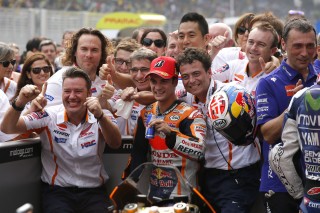 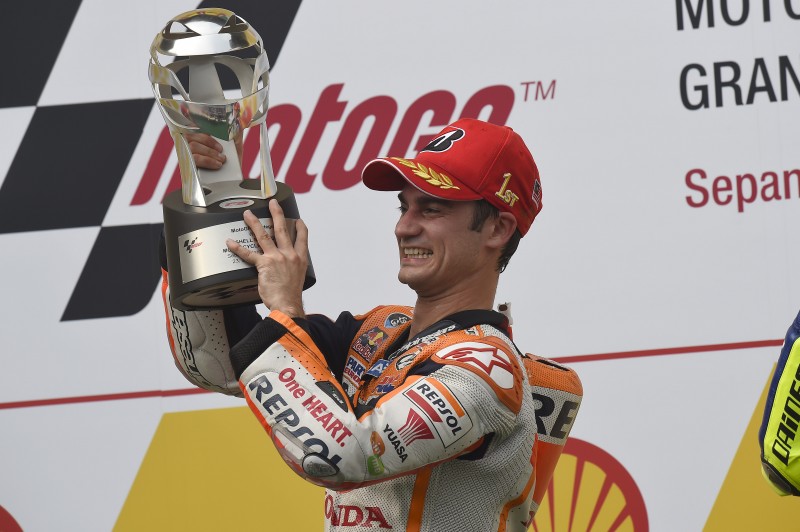