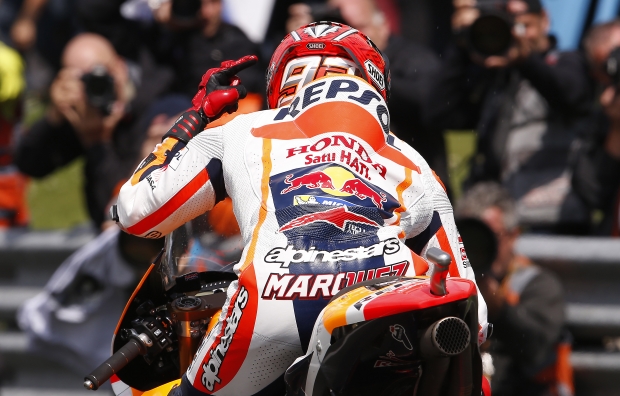 Marc Marquez’s brilliant and very important second-place finish in one of the trickiest races in recent years was enhanced by the amazing debut win of Honda satellite rider Jack Miller, who perfectly mastered the second part of the Dutch TT. The lottery that is a MotoGP race run in such challenging conditions ruled out a possible podium finish for Dani Pedrosa, who finished in 12th position after crashing on the first lap of the race’s weather-prompted restart.

The Assen TT originally started approximately one hour after a strong 15-minute downpour had heavily drenched the track. Marc had chosen a hard rear rain tyre, while Dani opted for the softer version. That proved to be the better solution, so although Marc managed to keep a decent enough pace to maintain fourth position in the race’s first phase, Dani was able to steadily recover ground from the back after the rain started again. He had just overtaken his teammate when the conditions became so difficult that Race Direction decided to put out the red flag on lap 15. That meant that the new grid position for the remaining 12-lap race was determined by the classification of the previous lap—lap 14—with Marc in fifth and Dani sixth.

Race 2 got off at 3 p.m., and both Repsol Honda riders went out on the Michelin soft rear rain spec. Marquez started well, entering the first corner first, but he ran wide shortly after and dropped back to third behind Andrea Dovizioso and Valentino Rossi. After the two Italians fell ahead of him and Miller caught and then overtook him, Marc wisely settled for the 20 crucial points that come with second place, thereby extending his championship lead to 24 points over Jorge Lorenzo and 42 over Rossi.

Like many others, Dani was betrayed by the tricky conditions and crashed on the first lap after the restart. He determinedly re-joined the race and was able to finish in 12th, and  lies 4th in the standings 17 points down on Rossi.

“Today’s race was one of those in which you can either lose many points or gain them, and you can face it with two mentalities: either you take a risk to gain a bigger advantage, or you focus on finishing the race in order to lose the fewest points possible. The latter is the mentality that the team repeated to me about forty times between this morning and today, and it is exactly what I did. I tried to stay in the top five so as not to drop many points to Valentino [Rossi] and attempted to not make mistakes in order to finish the race. At the beginning of the first race I didn’t feel comfortable and lost touch, but then I was able to recover. I think that stopping the race was a good decision, because it was very dangerous out there. In the second race I started off thinking about pushing a bit more, but everyone was very fast and I decided not to follow Rossi and Dovizioso because they were going too quickly. However, both of them crashed later on. When I saw Jack [Miller] stalking behind me, I knew that he would be going for his first win so I preferred to let him pass and keep a couple of seconds gap between us, as well as a cushion to third place. I did that because with Jorge [Lorenzo] so far back and Rossi out of the race, second place was as good as a victory. In the end, we leave Assen with a bigger lead."

“It's been a pretty tough weekend but races like today are a lottery. In the first race it seemed that the strategy of running the soft tyre had gone well. At first, when the track was drying, I went slowly, but when it started to rain I upped my pace very quickly while others were at a disadvantage. However, that was when the Race Direction decided to stop the race. I felt unlucky, because it turned out that thinking ahead or trying to pick a different strategy wasn’t beneficial. In the second race I crashed on the first lap, because I had a new rear tyre without too much grip. It has been a difficult Grand Prix but we will try to find better solutions for the next race and regain our feeling in order to go faster." 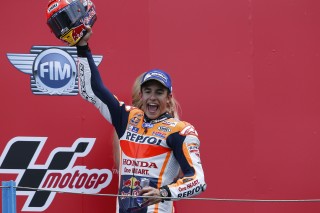 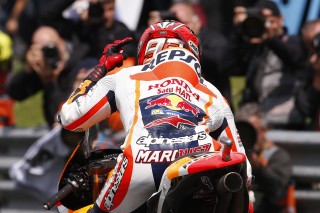 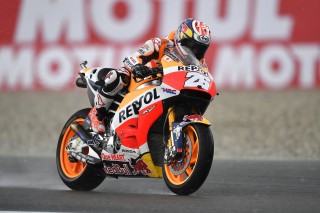 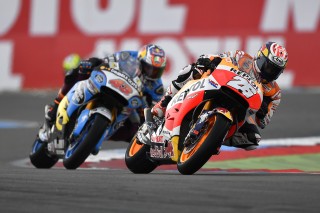 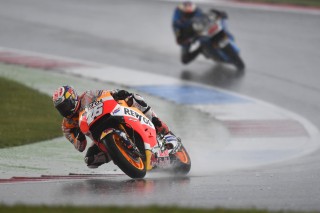 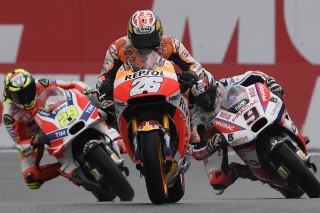 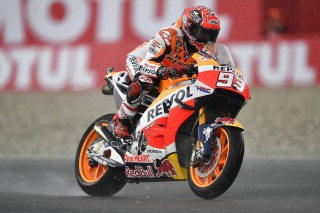 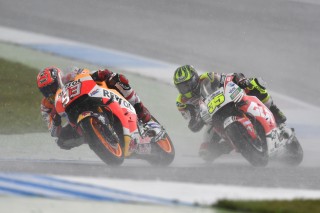 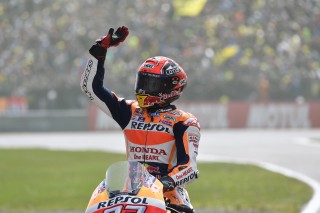 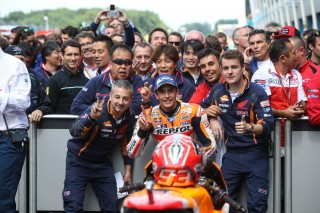 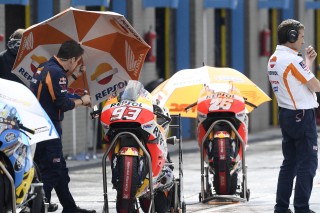 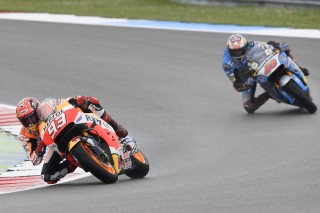 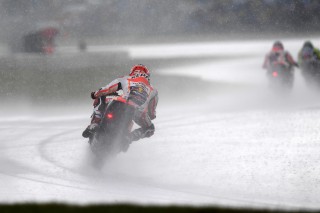 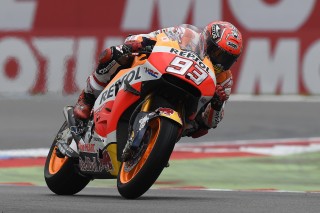 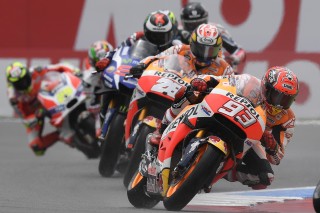 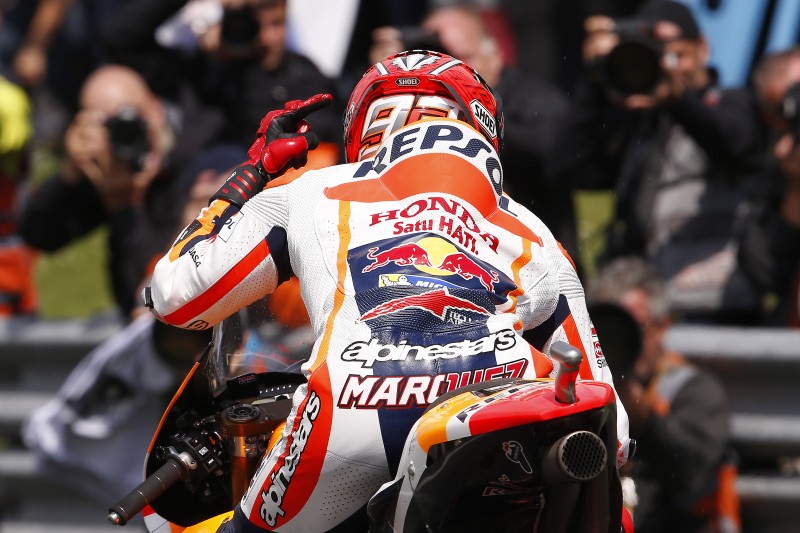