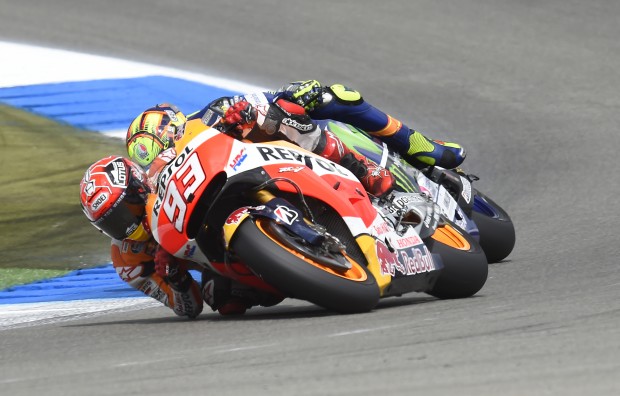 Repsol Honda’s Marc Marquez and Dani Pedrosa have experienced another strange race weekend in Assen at the Dutch TT. Qualifying 3rd and 4th on the grid for today’s 26 lap race, both riders showed strong pace throughout the practice sessions. However, in this morning’s warmup session, Dani suffered a high speed crash in turn nine, resulting in a trip to the medical centre and his mechanics with a heavy workload to prepare the bike in time.

Fortunately, Dani escaped serious injury and suffered from heavy contusions to his left thumb and middle finger forcing him to take painkillers prior to the race.

Marc had a good start to the race moving up to 2nd place behind Valentino Rossi on the first lap, but Dani had an issue with his clutch creating too much spin at the start and costing him valuable seconds, resulting in him dropping back to 13th. He soon realised that there was a problem with the brakes which proved costly as he tried to pass riders to move into the podium battle.

Dani climbed up to 8th by lap thirteen and entered a battle with Bradley Smith and Pol Espargaro. Marc, who had been tracing Valentino for nineteen laps – recording a new fastest lap record on lap four of 1’33.617 (Beating Dani’s 2012 time of 1’34.548) – made his move with seven laps remaining, taking the lead. With just three laps to go, a small mistake in the last chicane allowed Rossi to pass Marc and try to open up a gap. Marc showed true character and recovered four tenths of a second in the last lap to Valentino and made his move into the last chicane on the final lap. The two riders touched briefly but Valentino was able to pick the bike up, riding through the gravel trap, beating Marc to the finish line.

Meanwhile, Dani got pushed wide at the same chicane by Pol Espargaro and Cal Crutchlow and was demoted to 8th after briefly running in 6th.

After the official post-race press conference, Marc and Valentino were called into race direction for a rider hearing and to review the video footage. It was agreed this was a racing incident and no appeal has been lodged.

"I am very happy that I'm back on the podium and I had a good race, fighting for victory until the end. I think it was a moral victory for us, but we were riding at the limit on the last chicane. We have worked very well all weekend and I have to thank the team, because you regain confidence when you're with the best team in the World. They are helping me a lot and this was shown by the fact that, at a track where we are usually not so strong, we fought for the win until the last corner. We’ll see if we can take another step forward in the coming races. We rode a last lap to win the race, especially on the last chicane. I had studied things well and knew where I had to brake in order to be able to overtake Vale, and so I did that but didn’t end like I wanted…."

"It was a bad day. I had a very strange crash in the morning: I was going straight, braking, and the tires were already up to temperature –but I lost the front without warning. Unfortunately the bike was damaged, then I took off my glove and saw I had cut my finger but I was still able to return for the race. I had to use my second bike and I had a problem with it, because when I released the clutch at the start the bike did not react. I had to release it completely and began to slide. I went from fourth to thirteenth and I lost many positions, but in addition I also had a problem with the brakes. I tried to adjust it but I could not control the bike under braking. It was very difficult to adapt, but in the end I managed to make up some places. However, I couldn’t brake well and on the last lap Crutchlow took me out on the chicane and I lost more positions." 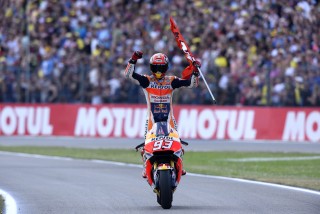 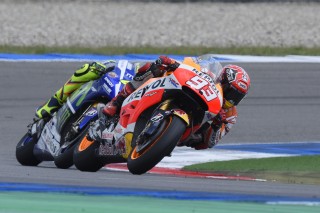 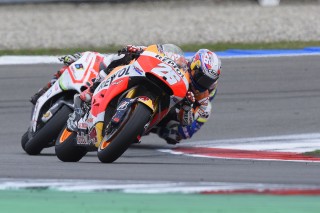 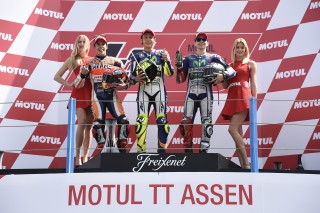 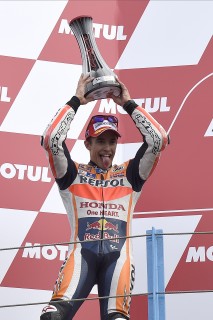 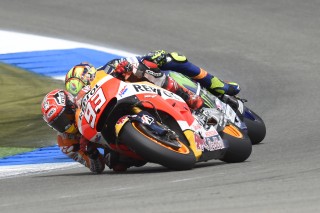 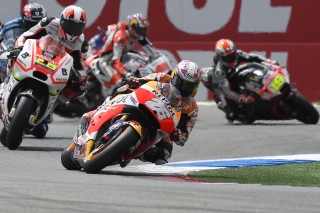 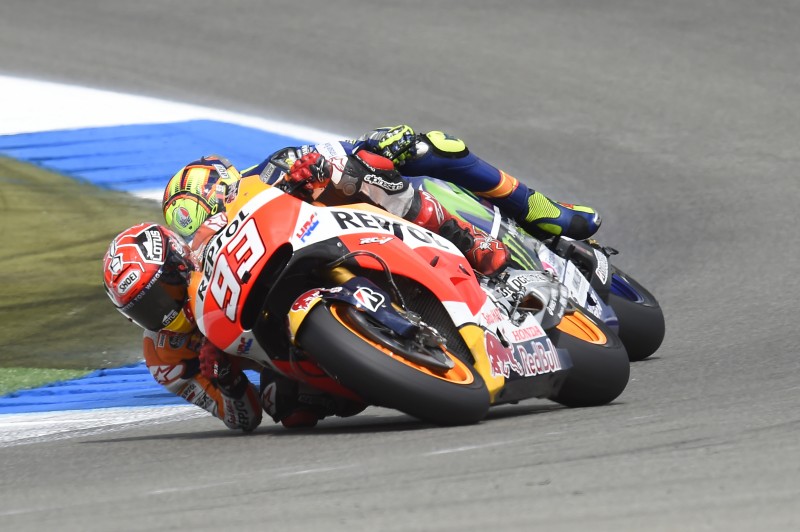