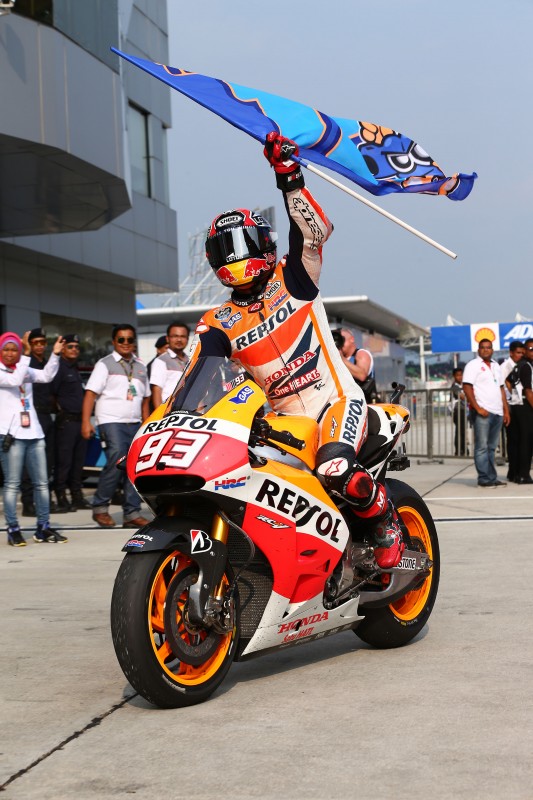 Today in Malaysia, 2014 World Champion Marc Marquez has won his 12th race of the 2014 season and secured Honda’s fourth consecutive Constructors Title. Teammate Dani Pedrosa was in contention for a strong finish today but unfortunately crashed out of the race.

Dani, starting from 2nd on the grid, leap frogged teammate Marc from the start and led the race entering turn one as Marc had a brief encounter with Lorenzo and briefly dropping down to 8th. As the riders crossed the line at the end of the first lap, Lorenzo had taken the lead from Dani and Marc was already up to 6th. On lap two, Marc continued to storm through the field – setting a new record race lap (2’01.150) – and passing Bradl and Dovizioso to move up to 4th, then in the final corner Dani made a small mistake and lost the front, crashing out at a fairly low speed. He was able to remount the bike and rejoined the race in 20th.

Marc now in third began to chase down race leaders Lorenzo and Rossi as Dani instigated his comeback. On lap ten, Marc passed Lorenzo – who had lost the lead to his teammate – and on the final corner Rossi ran slightly wide and Marc was able to pass. Meanwhile Dani had moved up to 11th place but on lap thirteen he lost the front in turn nine and this time was unable to restart. Marc and Rossi put on a good show for the final eight laps but with two laps to go, Marc opened up the throttle and put a three second gap between him and Rossi.

This win in Sepang is Marc’s 12th victory of the season, equalling Repsol Honda’s Mick Doohan’s 1997 record for most wins in a single season in the premier class of racing, and has gifted Honda their 21st premier-class Constructors’ title.

“This was one of the toughest races of the year for me physically and I'm happy to have equalled Mick Doohan’s record! We knew to expect this kind of weather in Malaysia but it was especially hot today and we all found it hard to finish the race. Halfway into the race the pace slowed down because I think everybody needed to take a breath! I'm happy with how I handled the race, because the first corner was a bit of a nightmare but I was able to come back to the front and stay there, whilst I cooled down my tyres and brakes. I started to attack with 10 laps remaining, then made the difference when there were 5 laps to go.”

“I was enjoying a really good weekend, but in the race I couldn’t get the result. For some reason on lap two I lost the front end and went down. I don't know what could have happened, because I wasn't riding on the limit. Luckily I was able to pick the bike back up, continue the race and regain positions. I rode very well afterwards, with a good feeling, and then the same thing happened again. I wasn't riding on the limit and I crashed a second time, in the same way as before. We are going to look at what might have happened, because it occurred twice in a row and on the same side of the tyre. I would have liked for the race to have finished in a different manner, because we had been doing a very good job all weekend, but I guess it wasn’t meant to be.” 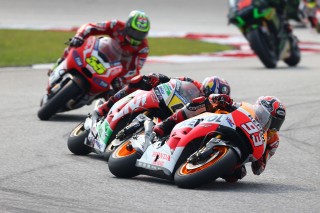 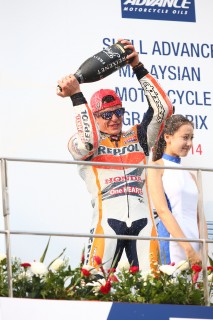 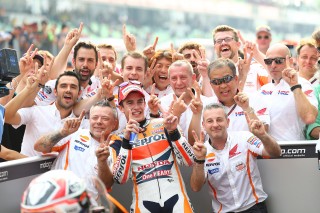 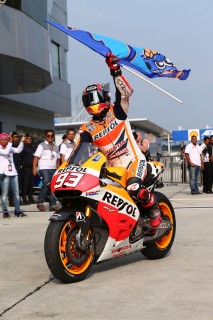