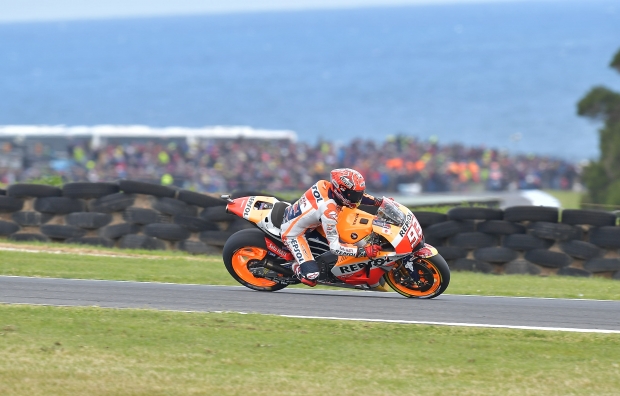 Pole starter Marc Marquez suffered his first DNF of the season, crashing out of the Australian GP unhurt on lap 10. The Spaniard was leading the race ahead of fellow Honda rider Cal Crutchlow, who took his second victory of the season. Crutchlow also gave Honda its seventh win in the last nine races and extended its advantage in the Constructors Championship to 33 points.

Marc had gotten away well at the start, entering the first corner in second behind Pol Espargaro and wasting no time in attacking his countryman. He took the lead before the end of the first lap and was managing an advantage of over 2.5 seconds when he made a small mistake, braking slightly late into turn four and losing the front end on his RC213V.

Nicky Hayden was in a great battle for seventh position with Scott Redding, Danilo Petrucci, Bradley Smith and Jack Miller when he touched with Jack at turn four on the penultimate lap and slid off the track.

After packing up in Australia, World Champion Marc Marquez will make a stop in Indonesia on Tuesday to take part in a promotional tour before heading to Malaysia for the 17th and penultimate round of the season.

“First of all I want to say sorry to my team because I made a mistake today. We were doing everything perfectly, and we were just missing capping it with a result on Sunday. If I had been fighting for the title it would’ve been an entirely different race, as I wouldn’t have risked so much. Today I started strong because I knew I had to make a difference at the beginning. I was maintaining the distance, but at one of the hard braking points I braked too late and instead of taking a wider line, which is what I had been doing throughout the year, I tried to keep going. In such cases the limit is a fine one. We remain happy of course because we had already won the title but of course we wanted to win more races. It was completely my mistake; during the whole season I’ve been very careful on the braking points and this time I risked more so this crash has nothing to do with the Michelin tyres. Now we have another race next week, and we’ll just think about that. Congratulations to Cal for his great victory”.

“It’s been a very challenging weekend with so many changes of conditions but finally we at least got a few laps in the dry in the warm-up. At the beginning of the race it was a little bit tough to get my rhythm but as it went on I started feeling better and better. I was in a group fighting for seventh position and I was quite enjoying the battle. Everybody was going back and forth and I felt good. I felt like I had the best tyres left in that group and that I could win that battle… but then in the Honda hairpin, Jack knocked me down. That’s racing. I didn’t actually see him, I just felt him when it was too late to do anything. But that’s racing, especially in a group like that, where it makes a big difference winning the battle and getting seventh or losing it and finishing out the top 10. After qualifying seventh on the grid and having not ridden the bike until Friday morning, seventh place would’ve been a very respectable result. Nonetheless, I’ve enjoyed the weekend; it’s been a pleasure to come back on the Repsol Honda Team and ride this bike again. It was awesome and I feel I did a decent job. I just would’ve liked to finish it off with a good result.” 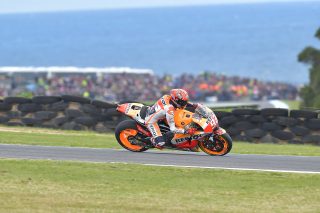 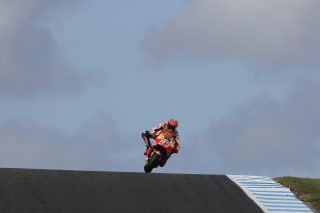 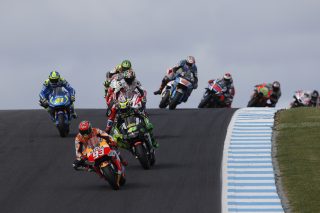 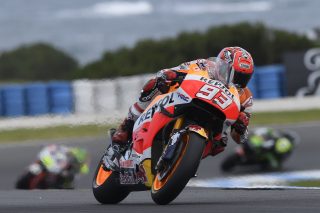 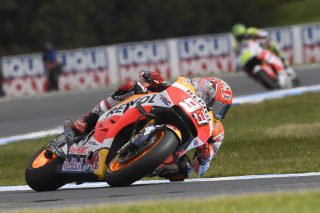 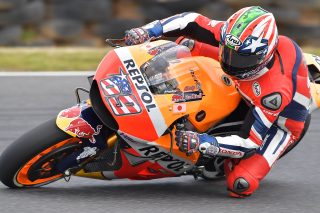 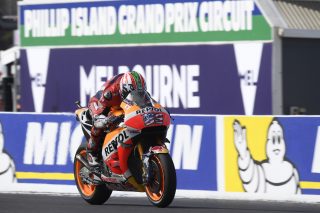 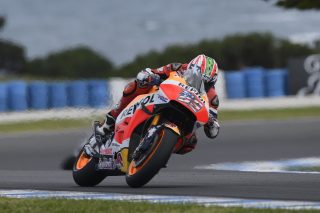 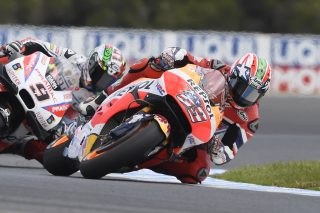 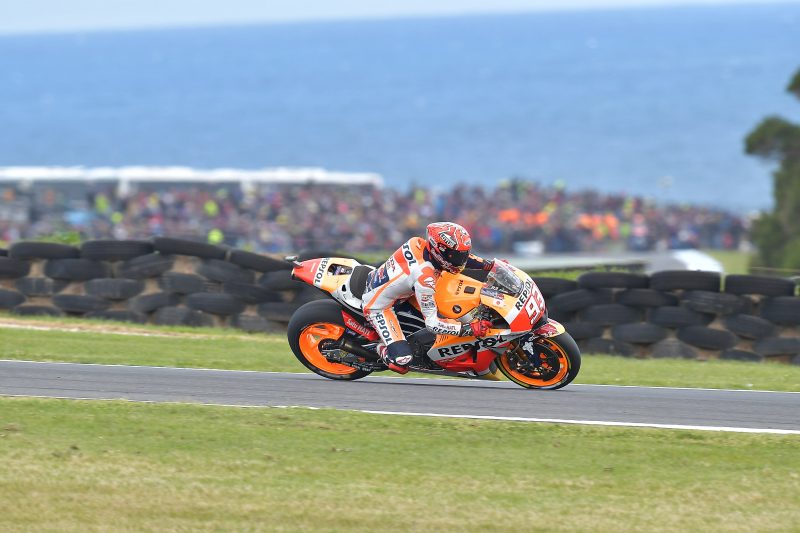