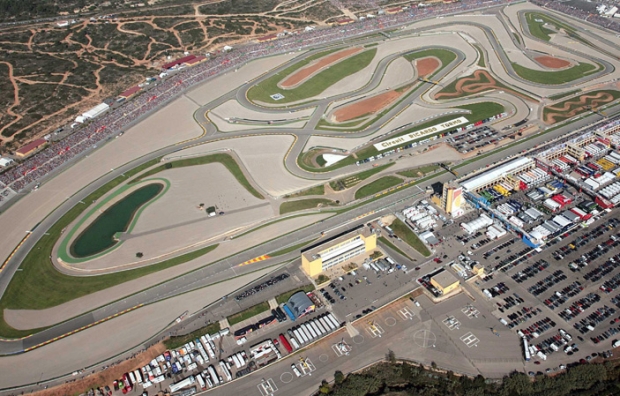 Following a three-race absence, Repsol Honda’s Dani Pedrosa will return to the MotoGP paddock this weekend for the 18th round of the 2016 season.

After suffering three fractures (to his right collarbone, right fibula and the fourth metatarsal in his left foot) in a crash during FP2 at the Japanese GP, Dani underwent surgery in Barcelona and afterward began his rehab. As all of his injuries have been healing well, Dani, in agreement with his doctors and his team, have decided to return for the final round of the Championship, in Valencia.

Today, before heading to Valencia, Marquez and Pedrosa took part in the official 2017 presentation of Honda’s sporting activities, in Milan, Italy, together with fellow HRC riders from the MXGP, Trial, and Dakar teams.

“It has been good coming back home after the three flyaway races with the title already won, and to celebrate it with all my family and friends. I had the chance to chill out a bit and get back to my usual training, both indoors in the gym and outdoors with some motocross and cycling. ‘Thanks’ to the jetlag, I had the opportunity to enjoy some really spectacular dawns on my bicycle! Anyway, the season isn’t over yet, as we’ll race in Valencia on Sunday, and after that we’ll have two important days of testing. Our target for the race is of course to try and finish on a high in front of our fans, possibly with a win or at least a podium. It was good to see that Dani is getting better and to know he’ll be back in Valencia.”

“These past three weeks haven’t been easy because of the pain, especially immediately after the operation, and also because I missed racing at some of my favourite tracks. Anyway, after I started with my rehab, things began getting better day-by-day, and the thought of trying to recover in time for Valencia was a boost that helped during the tougher moments. We’re still not sure about how I’ll feel on the bike, but anyway I’m happy to be able to get back to racing! I love the Valencia track, I have fantastic memories here and I like the idea of getting back to action in front of my fans.”