The Repsol Honda Team enjoyed their strongest start of the year as action resumed in Aragon, Alex Marquez leading FP1 and holing a provisional Q2 time as Stefan Bradl attacked the top ten.

Last week’s bitingly cold conditions were nowhere to be seen as the MotoGP championship returned to the MotorLand Aragon circuit for Round 12 of the 2020 season. Times in FP1 were immediately faster than the previous Friday and would improve throughout the day.

Alex Marquez continued to go from strength to strength and topped Free Practice 1 after spending the entirety of the session in and among the top positions. The MotoGP rookie was one of just three riders in the first session to drop under the 1’49 barrier and ended quickest with a 1’48.184, despite a fall on his final flying lap. Alex’s pace continued in Free Practice 2, a series of consistent laps building towards Sunday’s race. Taking sixth overall, Alex has a provisional spot in Q2 and has already gone faster than his qualifying time from Q2 the previous week. The plan is to again work in Free Practice 3 to guarantee a Q2 spot.

Stefan Bradl’s work continued with HRC to assess a number of options for the Honda RC213V. The programme did not slow the German down as Bradl flew up to fourth position in FP1. Free Practice 2 produced another solid session for Bradl who spent much of it challenging for a top five spot. A 1’48.444 is already 0.7s faster than his Q1 time from the previous week and saw Bradl 11th overall, only 0.005s off a spot in the combined top ten times.

Takaaki Nakagami on the LCR Honda was the fastest rider of the day, teammate Cal Crutchlow 0.154s behind for third overall as the Honda RC213V riders showed their speed again in Aragon.

“We’ve had a good first day here in Aragon, building from last weekend and continuing step by step. I had a small crash at the end of FP1 when I was pushing for a fast lap, but I am fine, and it was right at the end of the session. The time was looking good, but we were still able to stay in the top ten. The weather is better this week which is making things a little more straight forward, still some details to focus on for tomorrow but we have started well.”

“I am feeling pretty good today, it’s a good boost to be further up in the time sheets. We are improving and we have had two good practices after making a good step and trying some new things. I hope to continue in this way for the rest of the weekend. There has not been a magic part that has changed, this is what we have been working on for a while with the setting of the bike. There’s a couple of things to try tomorrow as well, let’s see what it will bring.” 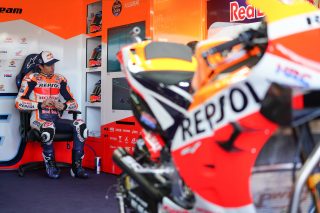 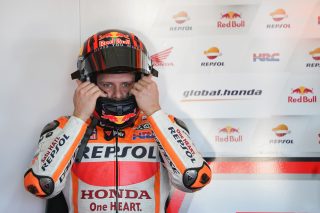 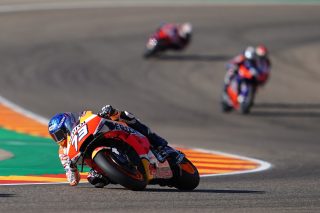 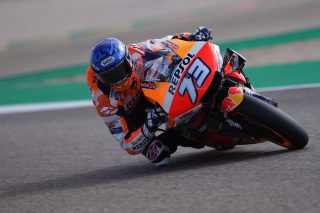 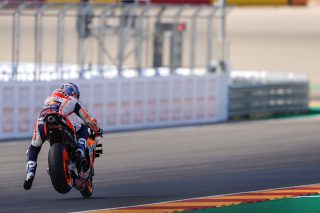 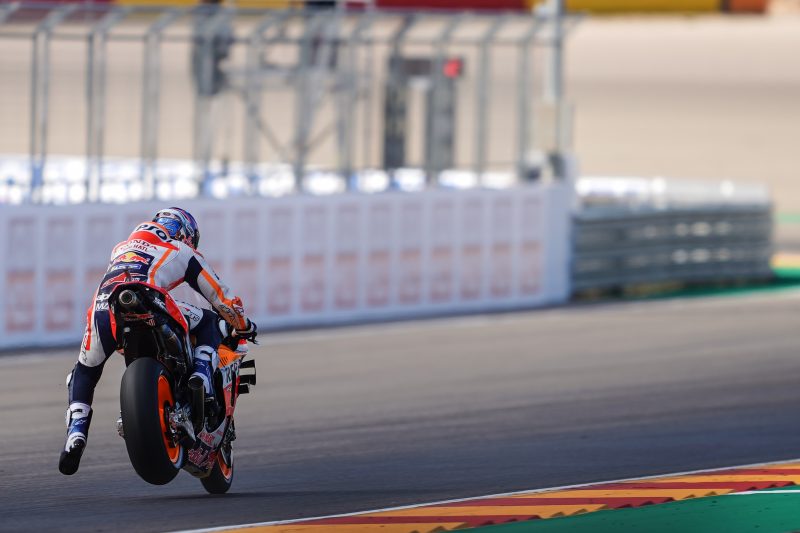