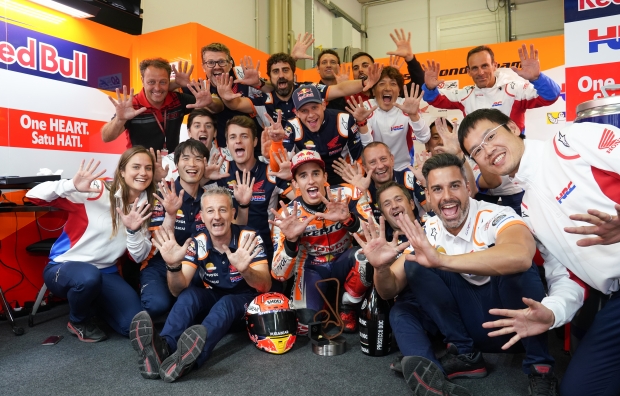 Perfect strategy saw Marc Marquez continue his perfect pole to victory record at the GermanGP as Bradl achieved his goal of the top ten.

A gloomy start to proceedings at the German GP didn’t deter local fans who filled the grandstands of the Sachsenring from the early hours. Mixed conditions for morning Warm Up limited running time, but Marc Marquez was able to top the session with teammate Stefan Bradl ending a strong fifth.

With a characteristically strong start, Marquez led through Turn One as the lights went out for the 30-lap German GP. Back-to-back race lap records on lap four and five, a 1’21.228 on lap five his fastest lap, signaled that Marquez was not interested in a battling victory, the new race lap record helping him to stretch his lead to over half a second. From here there was no looking back as the reigning World Champion steadily built his lead to cross the line 4.5 seconds clear of second place for the 75th victory of his Grand Prix career and his 49th win in the premier class.

Stefan Bradl was author to a consistent race, lapping steadily in the mid 1’22s as he chased the group battling for the top ten throughout. The home rider took 11th place from Pol Espargaro late in the race and moved into tenth place soon after. This completed a successful weekend for Bradl, who replaced the injured Jorge Lorenzo, with the German and the Repsol Honda Team abele to achieve all of their main targets for the weekend.

Cal Crutchlow made it two Honda RC213V machines on the podium with a well-earned third place.

Marquez now heads into the summer break with 185 World Championship points, 58 ahead of second placed Dovizioso. The win also increases Honda’s lead in the Constructor Championship to 34 points over Ducati.

“It was a perfect strategy. But I didn’t have a perfect start as I ran a little deep at Turn One. After that my plan was two slow laps to warm the front tyre well and then push, and it’s exactly what I did. Step by step I opened the gap and followed the plan as I needed to. Once the gap was at three seconds I stayed there and saved the tyre and enjoyed riding. It’s a great feeling to win here again and to enter the summer break in this way. Congratulations also to my brother for his win today, it’s always really nice to win together! I want to say thank you to the Repsol Honda Team for their work in this race and the first half of the season.”

”All weekend I was able to really enjoy riding and working with the team. Not many people are able to ride in Repsol Honda colours at home so it was a very special weekend for me and I enjoyed every moment. A big thank you to the team as they were incredibly welcoming and we were able to work extremely well together. Our approach in the race was good, maybe if I had been a little more aggressive in the opening laps I could have stayed with the group in front better and been stronger but still, a top ten was my target. I was able to be consistent and achieve what we set out to do for myself, the team and HRC.” 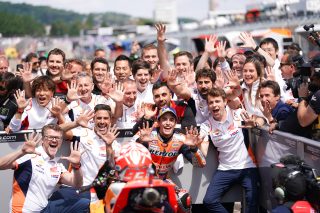 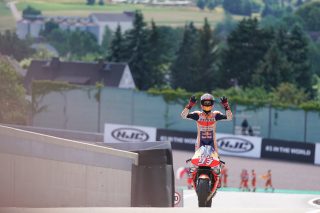 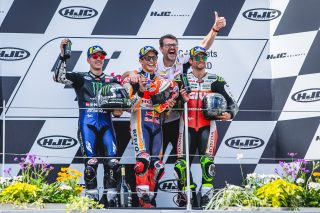 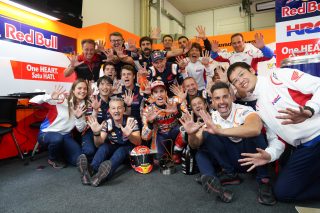 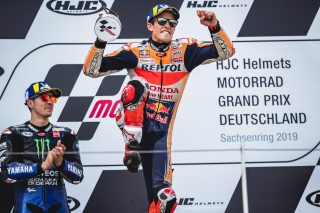 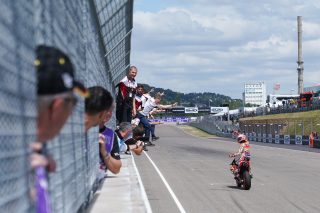 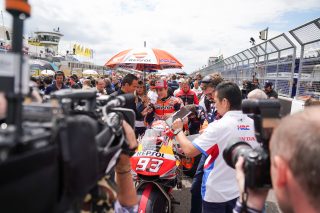 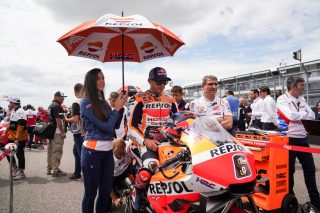 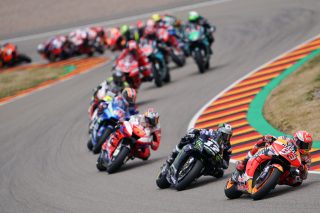 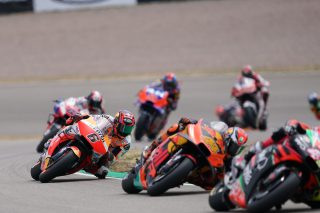 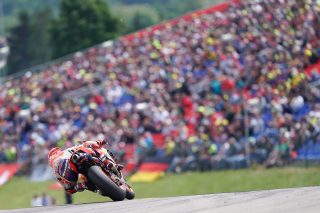 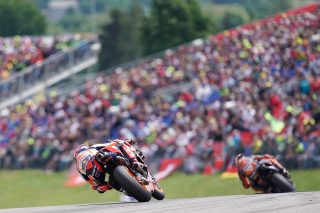 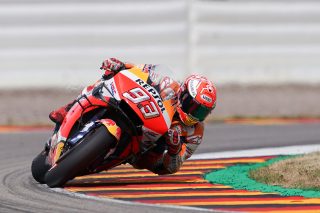 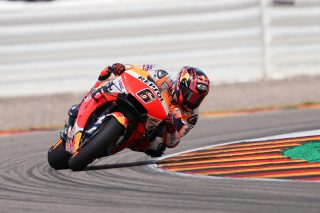 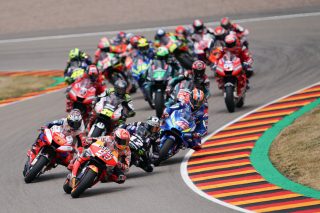 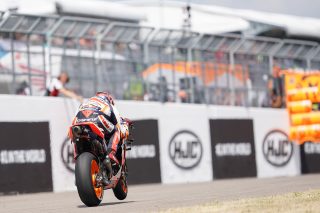 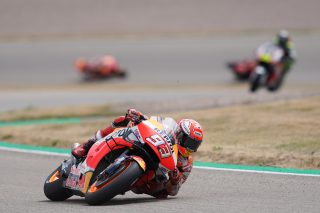 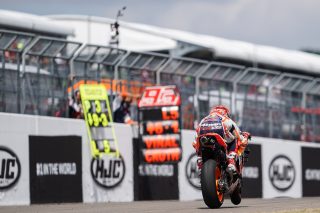 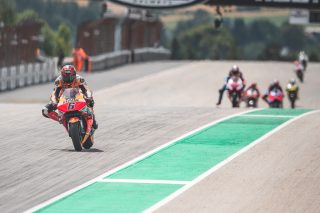 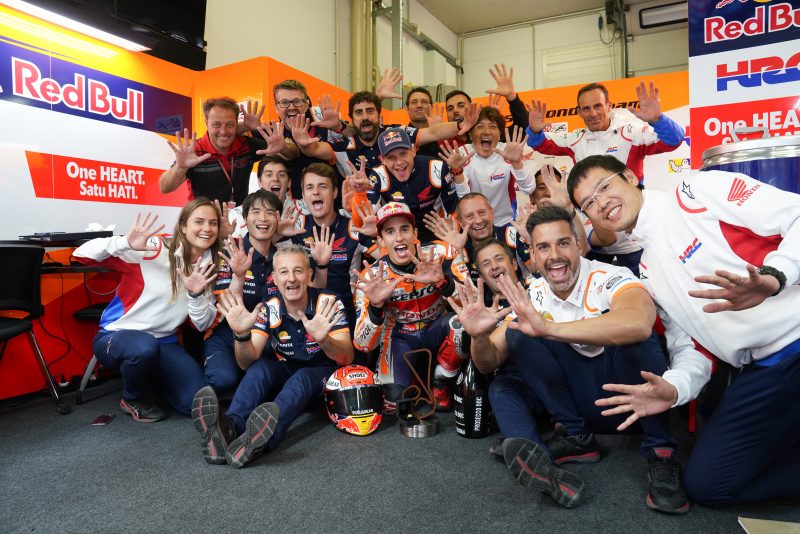