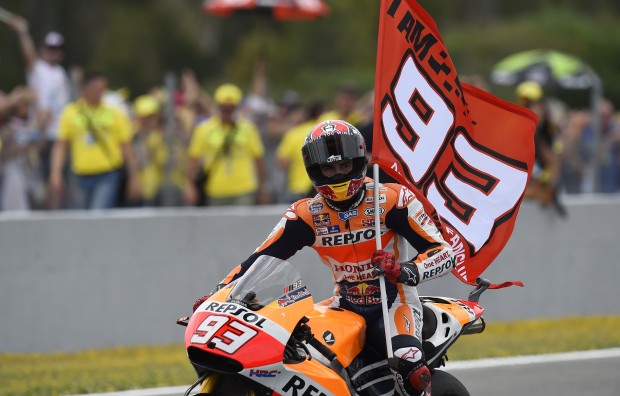 Repsol Honda’s Marc Marquez produced a stellar performance to close the gap in the Championship with a well earned second place at the GP of Spain in front of 122,000 spectators. Teammate Hiroshi Aoyama unfortunately crashed out of the race but thankfully escaped serious injury.

It was a frantic start as pole man Lorenzo led with a blistering pace and breaking the race lap record on lap two. Marc did a fantastic job to stay with Lorenzo before a gap began to emerge mid-race. With fatigue setting in as Marc’s right arm compensated for his weaker injured left hand, Rossi had made his way through the pack into third place and was closing in. Marc showed grit and determination controlling the gap and taking an important second place and twenty valuable points.

Hiroshi was caught amongst the pack starting in sixteenth but dropped down to nineteenth in the early laps. Using the hard option rear tyre he knew the beginning of the race would be difficult but as the race progressed his grip level would improve and he could fight to move through the pack. He climbed back to fifteenth before a high speed crash in turn five – after losing the front – ended his race prematurely on lap fifteen.

Marc is now 4th in the World Championship standings with 56 points, 26 behind Rossi. With Pedrosa 14th on 10 points.

There is a post-race test scheduled tomorrow, with the original plan for Marc not to test however, tomorrow morning he will reassess his situation and if possible complete a few laps to test a new swing arm and give important information to the HRC technicians. Hiroshi had an x-ray after the race which revealed no break but heavy swelling in his shoulder. His condition will also be assessed in the morning to determine if he can test or not.

"This is a track where we've always struggled a little because of my riding style - and this year also because of my injury, but today we achieved what we set out to do. On the opening laps I followed Jorge, but by lap five I could tell that although my finger was not a problem, I was unconsciously working more with my right arm and it began to stiffen up. From then on, I decided to just try and finish the race strong. Then I saw that Valentino was closing in on me and I thought "it's going to be Argentina all over again" but I gathered strength and this time I was able to maintain the gap between us. We leave Jerez a little closer to the World Championship leader, but Jorge has extended his advantage."

"It wasn’t an easy race. We expected it to be much hotter but unfortunately the conditions changed. I still stand by my choice of hard tyre in the race, at the beginning we were struggling with the grip but from mid-race I began to feel better. We knew the hard tyre would be strong towards the end of the race and allow me to battle with the other riders, but unfortunately before I could capitalise from this I made a mistake and crashed. It was a hard race and ending like this is really disappointing. I’d like to thank all the team, they helped me a lot and it was a great experience." 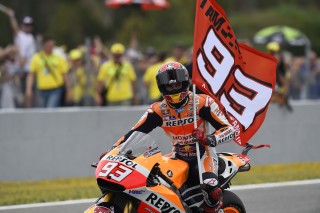 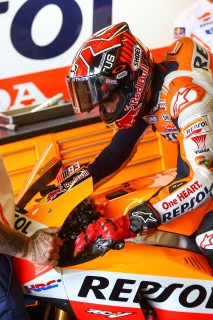 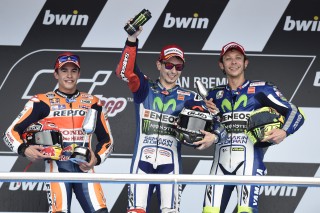 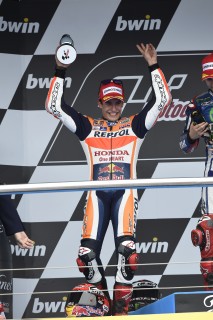 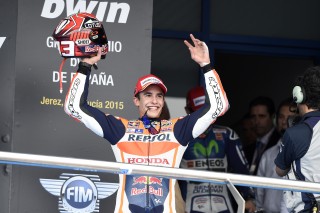 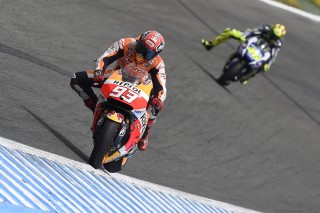 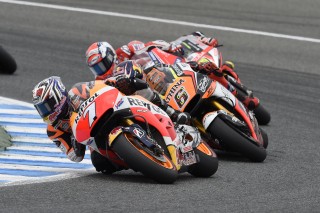 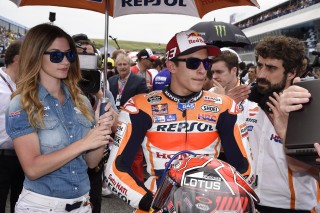 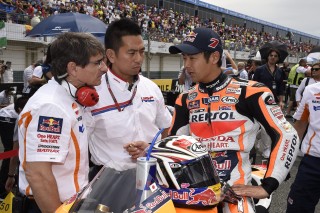 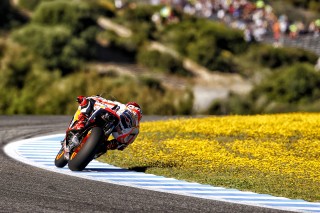 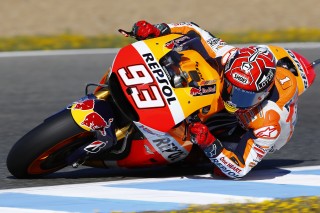 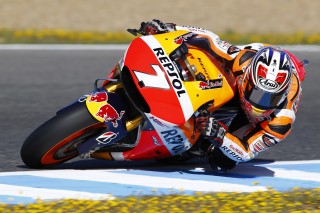 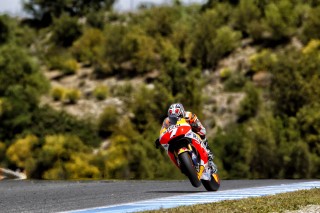 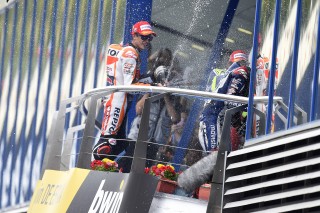 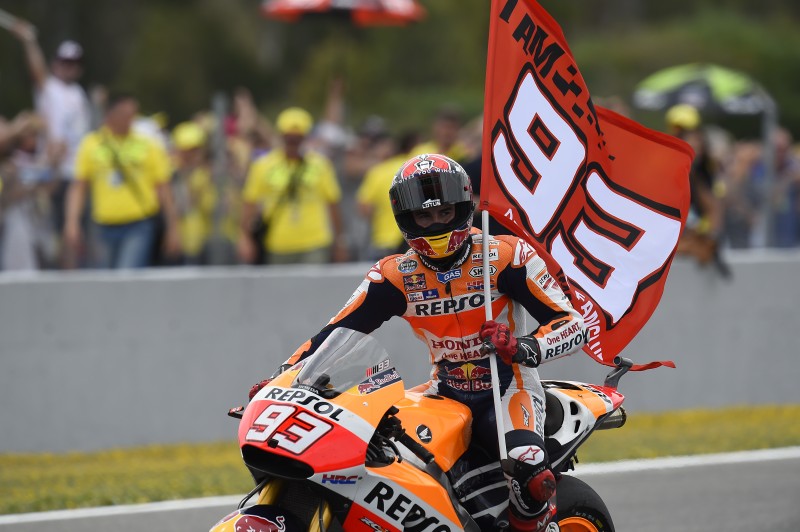