Today in the GP of the Czech Republic, Marc Marquez and Dani Pedrosa recorded Repsol Honda’s fourth 1-2 finish of 2013, with Marc taking his fourth win in a row – fifth of the year – something no premier class rookie has achieved in the 65-year history of Grand Prix racing.

It was a spectacular race which saw Jorge Lorenzo steal the lead from the start as Marc and Dani both progressed a position to slot in behind him in 2nd and 3rd. Once again the three Spanish riders rode in perfect formation with barely any time separating them, Marc setting a new fastest race lap on lap 3 with 1’56.135.

On lap 13, marshals displayed a white flag signalling there may be some rain. Thankfully the threat didn’t materialise and the three riders continued to push. Then on lap 16, Marc attacked Lorenzo passing him briefly before being passed back. A few corners later, Marc attempted a move agin and this time made it stick. Lorenzo didn’t give up and on lap 18 he passed Marc again to retake the lead and on lap 19 Marc took the position back with just a few laps remaining. Dani never lost touch to Marc and Lorenzo during this battle and on lap 20 he also passed Lorenzo to secure 2nd position and a fantastic 1-2 for the Repsol Honda Team.

With Marc’s victory in Brno, he has become the first rider since Valentino Rossi in 2008 to win four or more successive races in the premier class and also the youngest rider to have won four successive premier class Grand Prix races. He has also equalled the most podiums scored by a rider in his rookie season, matching Valentino Rossi, who finished on the podium ten times in 2000.

Marc has now stretched his lead to 213 points with Dani on 187 and Lorenzo on 169. Honda also lead the Constructors Championship and the Repsol Honda Team lead the Team Championship.

“I’m so happy! Before we came here I didn’t expect to win, because Jorge and Valentino had both tested at Brno recently and Dani is always so fast here and won the race last year. It is a completely different track from those at which we have raced before, and these 25 points feel different to Indianapolis. This was a very hard fought win and I enjoyed myself a lot. The battle with Jorge was really good and we are pleased with the victory. Thanks to all the team.”

“I am very happy with the result, generally speaking, because after all the problems with my injury and the doubts we’ve had at the last few races, we took a big step forward with my mental preparation today. We were more ready to win here, despite not being 100 percent. Unfortunately, our strategy was not the best. I had problems overtaking throughout the race, because I couldn't brake late and was always the third rider in the trio at the front. I think that I made my final attack one lap too late. If I had passed Jorge one lap earlier, maybe I would have been in with a chance of the victory. In any case, we had the right attitude of attacking until the end and gaining ground on Marc. I just needed another lap in order to catch him. We will try again next time. I want to thank the team for the great job that they did this weekend.” 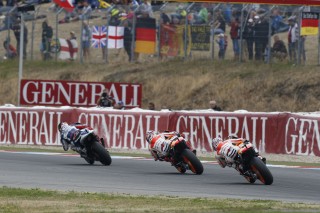 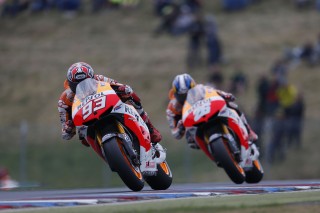 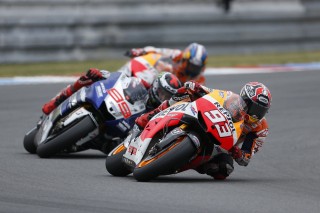 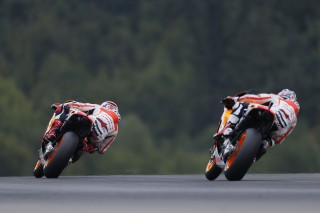 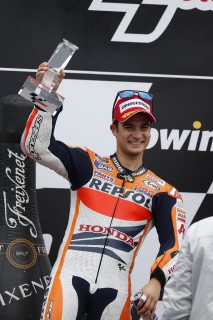 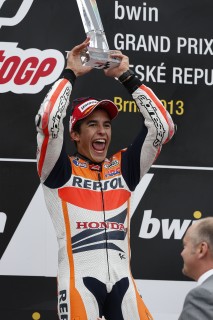