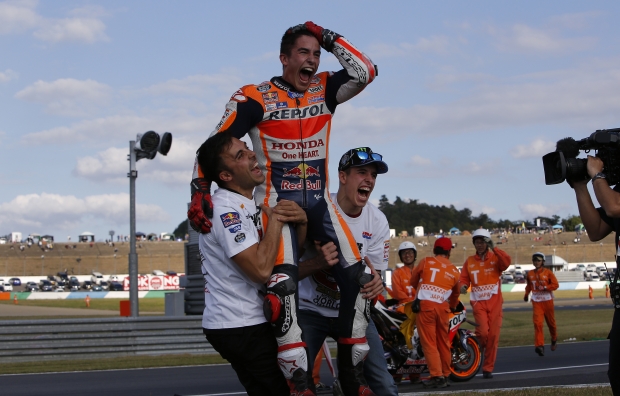 On Sunday, Repsol Honda’s Marc Marquez has secured his third MotoGP title with three rounds still remaining after storming to victory at the Japanese Grand Prix. Marc shared his thoughts with us before heading to Australia for round 16 of the World Championship.

You’ve won three World MotoGP titles in four years. What would you answer to those who think it has been easy?

“Said like that, it’s true that one could think it was easy, but it hasn’t been the case at all and every year has been very different. This is a sport where not everything depends on oneself. There are a lot of factors at play, from the bike, to the factory, to the team, and everyone must be at 100 per cent, which isn’t easy. I learned a lot last year because I made many mistakes and it cost me the title, but I’m sure that next year will be different again. The important thing is to constantly stay in the top three.”

This year we saw many spectacular “saves”. How many were there that we didn’t see?

“It’s true that you can’t always see what happens on track. Even in Sunday’s race I had one save at turn three that wasn’t shown on TV, where I thought I was down but actually saved it. What’s certain is that on TV you only see the most spectacular ones—those where one can’t believe how you saved them—but there are many others that one can’t appreciate but that could’ve ended in falls. It makes your heart skip, but this year I’ve also had many during practices, because I’ve been looking for the limit many times in those sessions in order to be safer during race.”

Six zeroes last year, this year none: How did you change yourself in order to regain the throne?

“I tried to learn from last year and to use that experience, but it’s all relative because it also depends on how one’s season begins. If you start the year well, it’s much easier to manage. When you make a mistake at the beginning, your Championship becomes an uphill climb, and that forces you to risk more. Anyway, thanks to the help of the whole team, it’s true that I learned a lot from last year to manage the most critical situations, and therefore I scored a lot of valuable points.”

You’re just 23 years old, but you already have a lot of experience. Do you feel old?

“‘Old’ isn’t the word! I still feel like I’m a boy, not yet a grown man! I’m still learning and I have many things to do in my career, in my life. We’re all human and maybe I’ll make more mistakes or repeat the same mistakes, but it’s true that year-by-year I’m getting more experience, not only on track, but also outside the paddock—learning how to manage the pressure during a racing weekend, how to organize the day-by-day things at home, the training time to be fit and ready for the races. I feel I’ve grown in these kinds matters.”

Where can you still improve?

“Not in a lot of things this year, as it’s been a great year. You always have weak points that you may improve, but if I have to give myself a grade I would say 9.5. The half-point off might be because of Le Mans. I made a mistake where I should’ve avoided it. Another mistake was to push too much where I shouldn’t have, like at Silverstone, even if I managed to save it and finished fourth. This year has been really good!

What does pressure mean for Marc Márquez?

“It’s difficult to explain, but it’s something that makes you insecure, that gives you doubts, makes you tense. It’s something that wears you out mentally and physically, and you finish the weekend completely destroyed. Since all this tension just sucks so much energy out of you, you have to manage it. I’m very lucky to have a big family in the paddock, my team that helps me to disconnect when we’re not just thinking about racing, and this helps me to stay relaxed.”

How do you feel about winning the title with three races to go during such a challenging season?

“It’s a strange feeling because I wasn’t expecting it. We thought we would arrive at Valencia with the target of keeping the title chances open. If you tell someone that hasn’t been following MotoGP this year that we won with three races to go he would think that it was an easy victory, but it’s been the opposite! This year has been tough, with moments where I couldn’t see myself as Champion, but we’ve been getting points race by race, being constant while our competitors made some mistakes. I know that the mistakes happen for a reason; when a rider is able to keep a strong pace and put pressure on the others, it increases the possibility that the others will make mistakes.”

How important have the new rules been this season?

“They’ve been crucial, but despite the final result I must say that at the beginning of the season they were a big problem for us. In the beginning we were behind, and the winter tests were complicated. I had several meetings with Honda during which I promised them that I’d be more conservative and I focused on getting as many points as possible in the first races, but they had to help me in the second half of the season. I asked them to show everyone how Honda is able to react to challenges, because we were so far from our top level. And really, little by little, we’ve been cutting our gap to the others, which allowed us to have a very competitive RC213V in the last three races.”

After a challenging pre-season, did you ever think that the title would be impossible this year?

“It’s very important to have confidence and faith! I remember during the winter test, many people in the paddock were saying that winning the title this season was almost impossible for us because we were struggling more than expected. I felt very motivated at that moment because my belief is that nothing is impossible and you must always keep working. It’s true that it was a difficult moment, but as I replied at the time, Honda is Honda—a great factory that’s very capable of reacting and my team is… my team!”

Which day was the worst?

“During the Qatar test, near the end of the last day—and then we made a first step at the very end. During the season, the most difficult moment was at Le Mans. I had been able to win two races [in Argentina and Austin], but then I struggled a lot in Jerez and crashed out at Le Mans. With Lorenzo regaining the lead in the Championship standings again and the series headed to Mugello and Catalunya, I thought, ‘It won’t be easy!’ As it happened, those races helped us to start to believe that the title was possible.”

You won the 2014 title in Motegi, your brother got his first win there and now you’ve won another title there. Why is Motegi so special for you?

“To be honest, I don’t know! Maybe it’s the special helmets we prepare for there [laughs]; maybe they bring me luck because it’s not one of my favourite tracks and yet I’ve lived some amazing moments and experienced really unforgettable feelings there. Motegi isn’t a track where I’ve had many victories, nor is it one where I feel especially comfortable, but it’s one of the tracks where I have the best memories in my career!”

If you have to pick up one race in the last nine years, what would it be?

“The race that I can’t forget is Valencia 2013, when I was fighting for the MotoGP title for the first time and I was at home, but there’s another race that I experienced from the outside but I felt as if I were racing myself. Again, it was at Valencia, but in 2014 when my brother won the Moto3 title. I don’t know why, but I have it stamped in my mind, all every moment, all the passes.”

Describe the perfect Sunday if there’s not a Grand Prix.

“I love spending them on a sofa [laughs], watching the Spanish Championship, MXGP, whatever, and in the afternoon maybe watching a football match, definitely one with Barça! We’re always traveling around the world, so when you’re at home you just want to rest and recharge the batteries.” 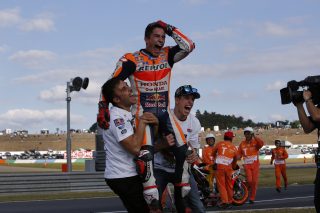 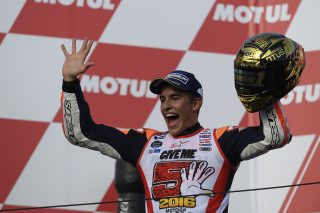 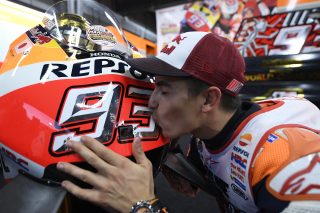 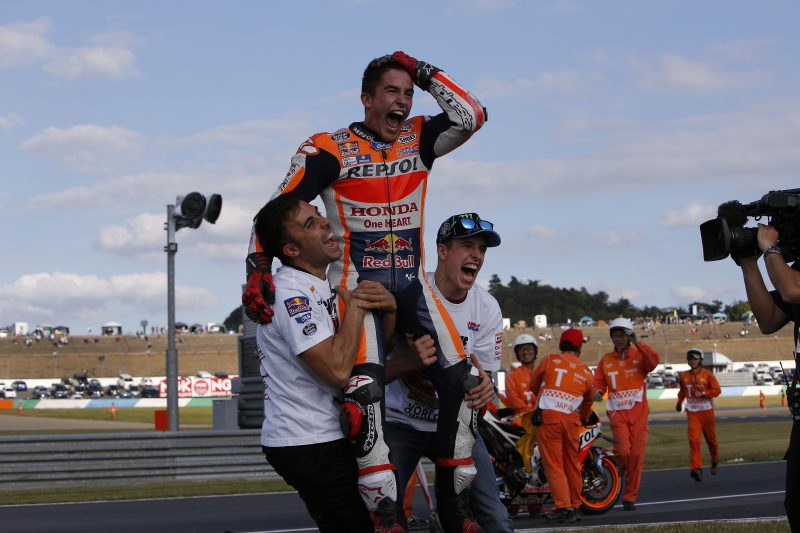