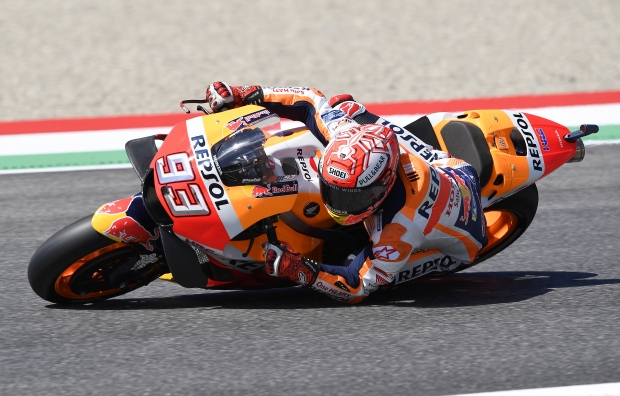 On a hot, sunny Saturday at Mugello, Marc Marquez set the sixth-fastest time at the end of an incredibly tight qualifying session in which the top seven finished within less than 0.3” of each other.

After topping FP3 and ending FP4 in a very close fourth place, Marc set the provisional pole record at the end of his first run in Qualifying, but a small mistake during his second attempt, when he was further improving his performance, dropped him to sixth overall, though just 0.246” off the top.

On the other side of the garage, Dani Pedrosa faced a very tough qualifying day. After missing the passage to Q2 by just 0.141” in the morning session, he suffered a crash in FP4 and had to switch to his second bike for Q1.

Not at ease with a different setup, and having only managed to finish 10th in Q1, he will have to start tomorrow’s 2 p.m. Italian GP from the seventh row of the grid.

“I’m happy with today, even if we’ll start sixth tomorrow, as I wasn’t able to put together the best lap. Actually, I was doing a very fast one during my second exit but then I made a mistake. Here, we have a tyre allocation that’s a bit too soft for us and that’s why we struggle a bit, especially in the afternoon, when the temperature is higher. In qualifying we ran out of the front spec option I prefer, and when I started pushing hard I overheated the front in the space of three corners. I had to be really smooth. We’ll see what conditions we’ll have tomorrow, but in any case we’ll have to adapt to them as well as possible and try and get some good points.”

“So far we’ve had a very difficult weekend here at Mugello, constantly struggling with the lack of grip. I was never able to be fast on track. Besides that, after a crash in FP4, I couldn’t use the bike in the following Q1, and the second one had a different setup. We didn’t have time to modify it, and I wasn’t able to do a good lap. The only thing to do now is remain focused on the race and do our best tomorrow.” 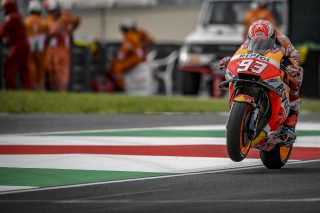 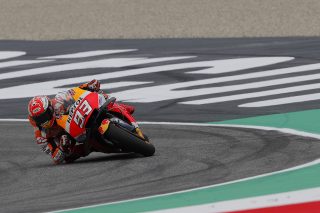 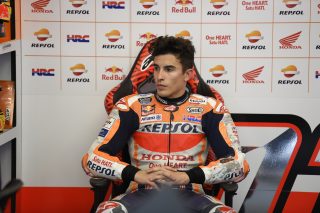 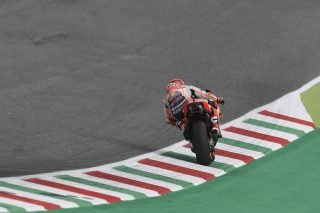 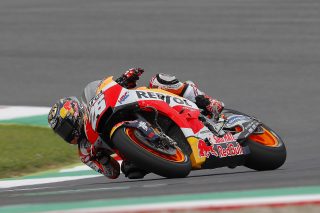 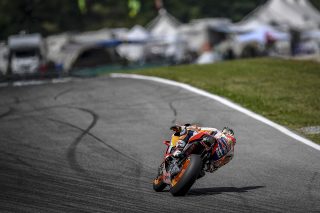 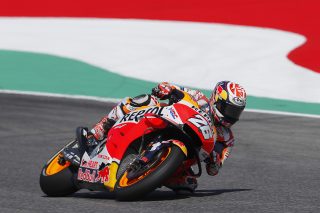 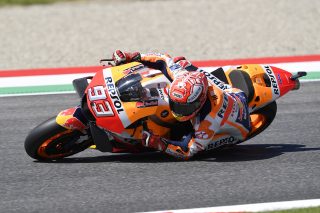 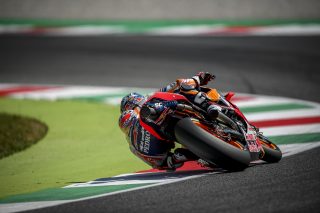 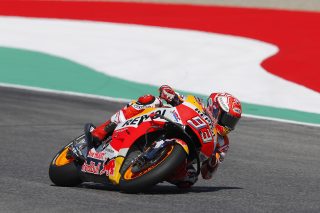