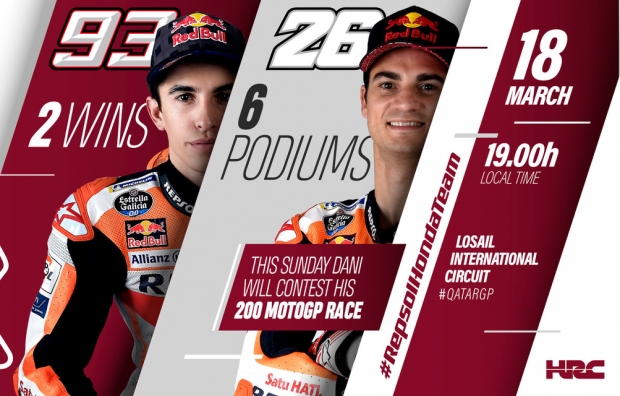 After a busy pre-season in preparation for the 70th Road Racing World Championship season, Marc Marquez and Dani Pedrosa are looking forward to kicking off their sixth and 13th MotoGP racing season, respectively, all of which have been raced with the Repsol Honda Team.

Marc will tackle the opening round in Qatar as the defending MotoGP World Champion and Dani will reach the important milestone of 200 starts in the MotoGP class.

The Qatar stop is the only MotoGP race that is held at night, and this will be the 11th time it has been run under the floodlights. The time schedule has undergone some important changes this year, with the event being reduced from four days to the standard three-day period, as it is for the other venues on the calendar. Opening practice begins Friday. Each day’s events have been rescheduled, and on Sunday the anticipation for racing will build, with the MotoGP race running at 7 pm local time instead of 9 pm.

MotoGP FP1 will start at 2.45 pm local time on Friday.

At the Qatar GP

“I’m really excited that the first race to has finally arrived. It looks like it’ll be a very competitive season, starting from the first race here in Qatar. Having tested here so recently, we know there are several riders who are already very fast, within only 2-3 hundredths, so the race could be exciting and anything can happen on Sunday. We’ve also worked well during the winter tests and now we look forward to getting started. The Qatar round is a unique one compared to the others on the calendar, and we’re aware that it’s not one of the easiest for us. Still, during the test we focused on trying to get as close as possible to the pace of our opponents on used tyres, and at the moment we’re not that far off. It will be a long season and we’ll continue working on our bike’s setup to try and make the best of every situation on race day.”

“We arrive at the first race in Qatar after an intense pre-season that saw us do a lot of work. It looks like this is going to be a very competitive year, with many candidates for the podium. Riders have been very competitive, as have the manufacturers. Therefore, more than ever we have to focus on our side of the garage in order to perform our best starting with the first race. I feel ready for this year’s challenge and so do my team. I’m really looking forward to getting on my bike on Friday!” 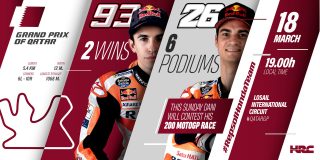 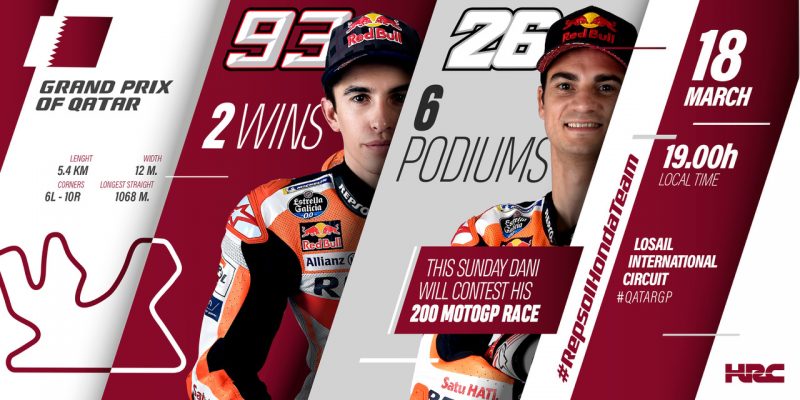