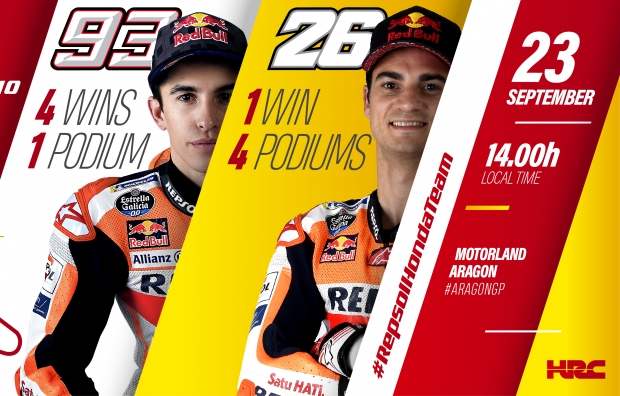 Repsol Honda’s Marc Marquez and Dani Pedrosa are on their way to Aragón, host of round 14 of the 2018 season and one of the five circuits on the current calendar that run in an anti-clockwise direction, along with Austin, Sachsenring, Phillip Island and Valencia.

Honda and the Repsol Honda Team are the most successful manufacturer and team at the Aragón circuit, with five MotoGP victories (Casey Stoner in 2011, Dani Pedrosa in 2012 and Marc Marquez in 2013, 2016 and 2017). It follows that Marquez is the most successful rider at the track, with four wins and six poles across all classes.

Marc’s well-known love for the track will be reciprocated on Thursday, when MotorLand Aragón will rename Turn 10 on the circuit, dedicating it to the six-time World Champion in recognition of his sporting success in the MotoGP World Championship.

Whereas last year saw Marc arrive at his home race sharing the Championship lead with Andrea Dovizioso, this season finds the young Spaniard heading the standings with an advantage of 67 points over the same rider, 221-154.

At the Gran Premio de Aragón

“Aragón is one of my favourite circuits on the calendar, a track where I normally feel at ease and I can ride very well. I look forward to racing in front of my home crowd, and this year will be special because it will be the first time that a circuit dedicates a corner to me, and I’m very excited about that. Last year we arrived there equal on points in the Championship, but this season we have an advantage. This doesn’t mean that it’s over though; on the contrary, we must keep working hard because it seems that Ducati are fast and consistent at every track. We must find something that allows us to fight with them as well as possible. In Aragón we’ll try and be competitive from the beginning. We’ll try to find soon a good base and prepare well for the weekend.”

“I always enjoy going to Aragón like every time I race in front of my fan club and my home crowd. I also like the track; I’ve had good results there in the past and it would be good to achieve another one. Can’t wait to get there and enjoy one more Spanish GP!” 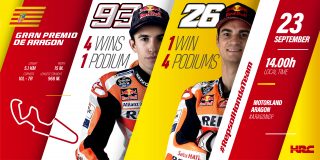 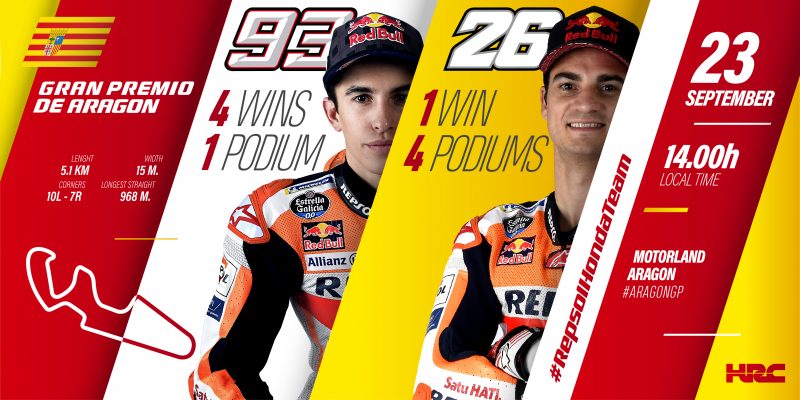