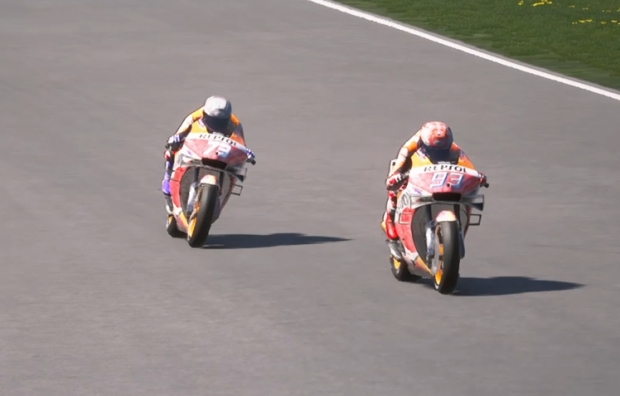 After competing in the first four virtual MotoGP races, Marc Marquez and Alex Marquez have been able to put on an outstanding show for the fans.

The two Repsol Honda Team riders have emerged from the first four races with an impeccable record. In each race they have finished in the top five, and both have been able to fight at the highest level with their virtual Honda RC213V machines. Alex Marquez has obtained two victories, the only rider to win more than once, alongside a second place and a third. His teammate Marc achieved a highly contested second place in the most recent race in Misano, always finishing in the top five after achieving two fourth positions and a fifth in the three previous races.

With these virtual races, the Repsol Honda Team riders have shown that they are competitive in both the real and virtual world as they patiently wait for the start of the World Championship.