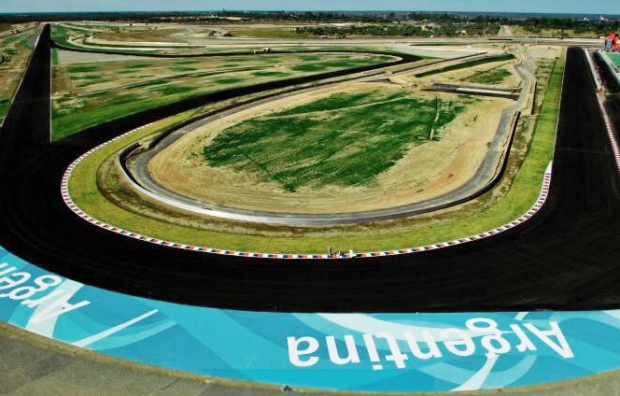 Following a positive first GP of the season for the Repsol Honda team, with Marc Marquez and Dani Pedrosa posting podium and top-five results, respectively, the squad now heads to Argentina for round two. This will be the first of two back-to-back flyway races, and the team is ready to tackle the challenges that will be presented at the championship’s sole South American stop.

There was no winter test at Rio Hondo and it will therefore be crucial to make the most of the track time available and quickly understand the right direction to follow with bike setup. Tyre choice will also be a key point at the circuit, which is demanding for tyres; Michelin has never raced at the venue, although they did conduct a testing session with Michele Pirro in 2015. That said, Marc and Dani, together with their crews, significantly expanded their knowledge of the RC213V’s setup in Qatar. Both riders like the Argentine track, where they delivered a Honda 1-2 result during their first visit in 2014, although last year wasn’t as rewarding, with Marc crashing out of the race while fighting for the win and Dani not even racing due to the surgery he had just undergone to solve his arm pump problem.

“We come to Argentina in a positive mood after achieving a third-place finish in Qatar, a result that wasn’t really predictable before the start of the season. We worked very hard and very well with Honda and with the team over the weekend, and on race day I was able to push as hard as is currently possible. Of course we haven’t had a winter test here to count on and we’ll have to see if the setup we found in Qatar will also work here. That would be a good step forward for us, generally speaking, and we could even aim for a little bit better result on Sunday. Of course it will be a question mark until Friday but all in all, Argentina is a circuit that I like. We’ve always been fast here, so I feel positive for the weekend.”

“At the Qatar GP, we made a consistent step forward with the setup compared to the winter test. We improved our pace and I was able to maintain it during the race, with good consistency. The positives were that my arm worked well at a track that has proven challenging in that respect in the past, and that we were able to learn more about the new bike. But it’s still not enough; we need to improve the riding position, the way the bike behaves on the track and the setup in general in order to find better speed, because at the moment the gap to the leaders is still too big. That will be our target for Argentina. I didn’t race here last season but I have good memories of the track from 2014, I like the layout and I hope we’ll be able to take another step.”