Marc Marquez and Dani Pedrosa are en route to France after scoring solid third- and fourth-place finishes, respectively, in the Spanish GP, which was immediately followed by a positive one-day post-race test. The Repsol Honda riders look forward to trying to make the best use of the data gathered there, and to start the French GP on the right foot beginning with the FP1 session, which will start Friday morning at 9:55 local time.

Marc has had mixed results at the historic Le Mans Circuit. He took the MotoGP victory in 2014 and the Moto2 win in 2011, as well as podium finishes in 2013 (MotoGP) and 2010 (125cc). Last year he earned pole position but experienced difficulty with his front tyre during the Sunday race after temperature significantly increased compared to the rest of the weekend. He made the best of the situation, managing to finish fourth after a hard-fought battle with Andrea Iannone during the final five laps.

Dani has finished on the Le Mans podium seven times, including a MotoGP win in 2013 and three victories in the smaller-displacement classes (250cc in ’04 and ’05, 125cc in ’03). Last year he returned to racing in Le Mans after missing the Americas, Argentine and Spanish GPs (having received surgery to his right arm to alleviate discomfort from arm pump); unfortunately, he crashed out of the race on the second lap. The Spaniard showed grit and determination by re-joining the race in last place and finished in 16th.

“I like the Le Mans track although it requires that you be ready to deal with many variables. To begin with, the weather: you never know what it will do there. Last year the temperature rose significantly on Sunday and we suffered a lot with front grip in the race. Rain also isn’t unusual there. In addition, the track has a stop-and-go layout, with many slow turns where braking and acceleration are crucial. We’ll see if we find ourselves in a situation similar to Austin, where acceleration out of slow corners was a lot better than expected, or if we have to face a bigger challenge. During the last test in Jerez, we worked a lot on electronics and the chassis setting to find more grip, and on the balance of the bike to reduce wheelying. It’s always a compromise but I think we’ve gathered useful info for Le Mans and, knowing how far we’ve come since this winter and how quickly we’ve been able to react to many situations, I feel confident and look forward to starting the next racing weekend.”

“I enjoy the Bugatti circuit, and we’ve had good results there in the past, but this year there are some factors to consider. In the last race I couldn’t go full-throttle on the straights because the rear tyre was spinning too much, and I think that also in Le Mans a lot will depend on how the tyre will get grip from the track. Normally this isn’t a ‘super-grippy’ track, so we’ll have to continue working on that side in order to make it better. In the Jerez test, we tried to improve our feeling, testing different things such as suspension and some other solutions thought to provide more grip out of the turns and to make the bike faster into the tight corners. We’ll see if the info collected will be useful on a practical level in Le Mans. Finally, let’s hope the weather will be kind to us.” 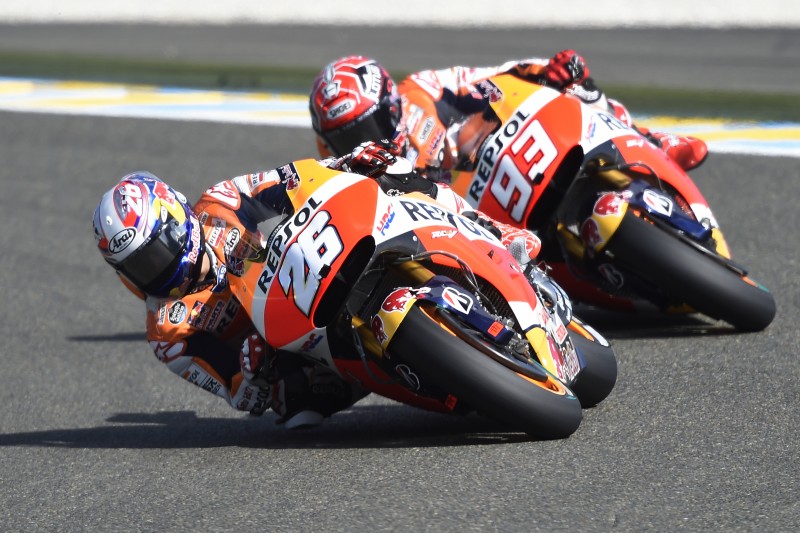