Marc Marquez today scored his fourth successive win from pole at Circuit of the Americas, making it his 10th victory in a row on American soil and extending his lead in the Championship standings by 21 points over Jorge Lorenzo. Marc led from the beginning of the Texas weekend, finishing first in every practice, earning pole position and finally leading the race from the start to the chequered flag, setting the fastest lap of the race at 2’04.682 on lap 11. With this success, Marquez overtakes Kevin Schwantz in number of victories in the premier class, with 26, while Honda now leads both the Constructor and Team standings.

It was a masterful victory, the result of his particularly good feeling with the track and the good teamwork performed in the garage. After today’s warm-up in fact, the Spaniard, together with his team and Michelin technician, chose to race with a medium rear/soft front tyre combination that proved to be successful.

Dani Pedrosa got a good start from the third row to slot into fifth place by the end of the first lap. He moved past Rossi on lap two before the Italian crashed out of the race, and passed Aleix Espargaro on the third lap. Dani was able to keep a very competitive pace and set the third fastest lap of the race at 2’04.950, and was closely chasing Dovizioso and Lorenzo, preparing to battle for second position, when he lost the front while braking into turn one on lap seven. He crashed, and in doing so, he unfortunately took out a blameless Andrea Dovizioso. After rushing to check that the Italian was unhurt, Dani remounted his bike and re-joined the race but was forced to retire on lap 11 due to damage to his bike.

With two demanding back-to-back flyaway races behind them, the MotoGP field will be back in action in less than two weeks’ time at the Jerez GP, the first race of 2016 on European soil.

“I’m very happy with how the whole weekend has gone. This is a circuit that I like, one of my favourite, but there were some unknowns here because just before the race we decided to run the soft front tyre. In the end the team advised me very well, because the change gave me the good feeling with the bike that I had partly lost in the warm-up. I have to thank them all, as well as the Michelin technician. When I asked, they told me that I would be okay for the first 12-15 laps, and then after that I would have to manage the situation more, which is exactly what happened. We’ve taken another victory here in Austin and are now on a run of four in a row, which is great. In addition, the joy of the team after we won illustrates everything we’re working on. In these first three races of the year, we’ve made good use of the situations that we’ve encountered.”

“It was a rather difficult weekend overall. The practice sessions didn’t go entirely well, but I approached the race with hope and I think we started quite well. I gained positions and was in a very good group, and I think we could have fought with Lorenzo for second place; the pace we had was much better than in practice. Unfortunately, I made a small mistake, losing the front end under braking when I was still turning into the corner. I lost control and tried to save the crash, but I ended up going down and taking Dovizioso with me. It’s a shame to have finished the race in that way, and I feel especially bad for Andrea and want to apologise to him. I’m glad he’s fine. The good news is that we took a big step forward from practice to the race. Now we must carefully look into the data we collected during the race and try to build on it for the Jerez GP in two weeks’ time.” 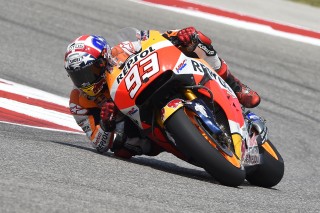 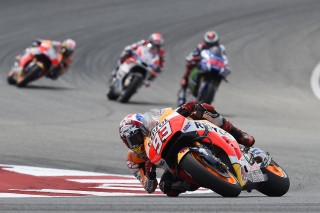 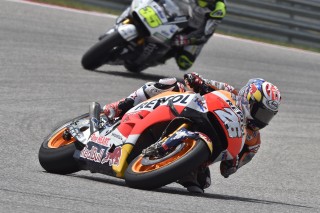 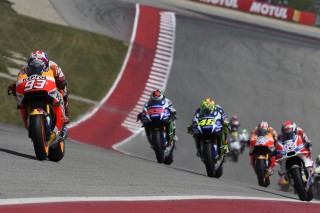 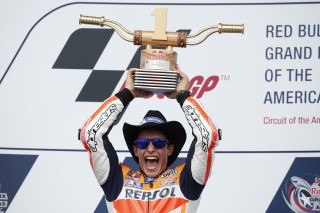 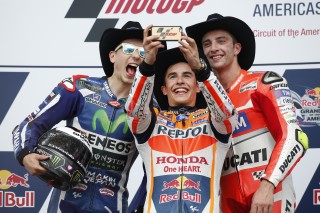 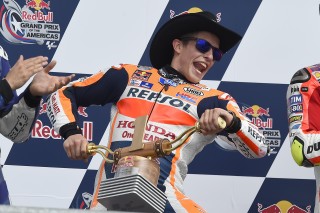 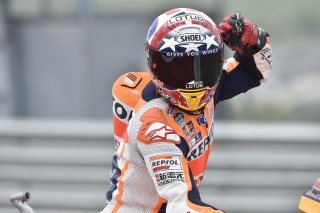 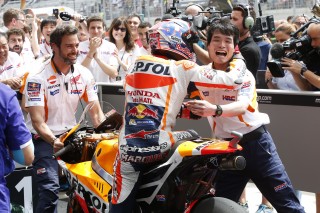 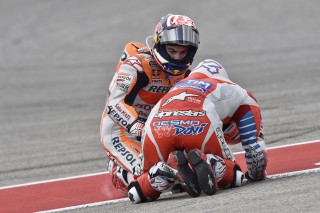 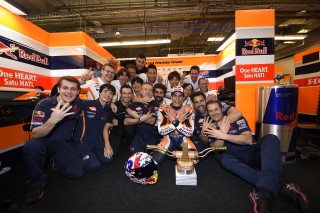