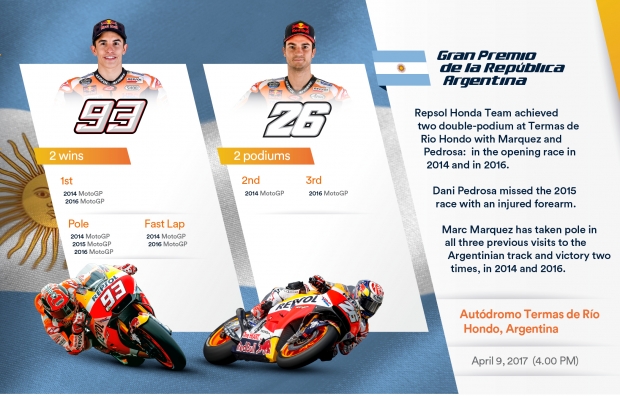 Marc Marquez and Dani Pedrosa are traveling to South America this week for the second round of the 2017 MotoGP World Championship, to be held at the Termas de Rio Hondo Circuit in the Province of Santiago del Estero, for the fourth year since MotoGP’s debut there in 2014.

While the track layout is quite different from that of Losail, the Repsol Honda men will have to deal with some similar challenges, such as the Argentinian track’s surface conditions, which are usually quite dusty and lacking in grip, at least on the first day of practice. Weather also is something to take into account as temperatures can sometimes be very hot, further testing tyre life.

The Repsol Honda Team have achieved two double-podiums with Marquez and Pedrosa at Termas de Rio Hondo: a fantastic 1-2 in the circuit’s debut race in 2014, and a 1-3 in 2016.

“Qatar was a hard Grand Prix but we improved a lot over the weekend even if we couldn’t reach the podium on Sunday. Now we’ll see if the work we did there will be fruitful in Argentina. The track is nice; I’ve always felt good there, but the grip level is always pretty low. Tyre life is something to be aware of, as it’s normally very short, so we’ll work to reduce this issue and also to further improve the general bike setup. We look forward to fighting for the podium in front of our Argentinian fans, who are very passionate and supportive.”

“We’ve remained positive after the first race, which was quite strange due to everything that happened before the start, and now we aim to keep working hard, looking to improve in Argentina. We’ll start with basically the same setup we finished with in Qatar, of course adapting the gearbox and the mapping setting to the track, and on Friday we’ll see where we are. It’s difficult to make predictions before getting to the circuit, as we must see how the track conditions are and how the tyres work. But we are ready and excited to get there and jump on the bike. Usually the asphalt there is very dirty and hard on tyres, but it tends to improve over the weekend. We’ll do our best to get a good result.” 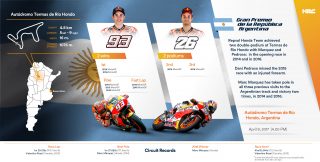 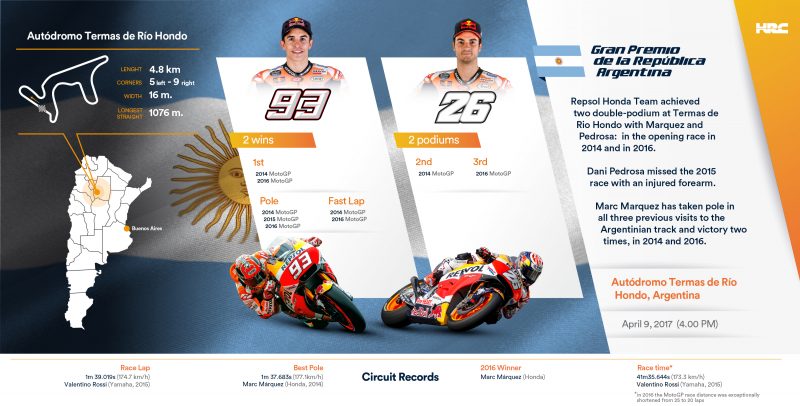