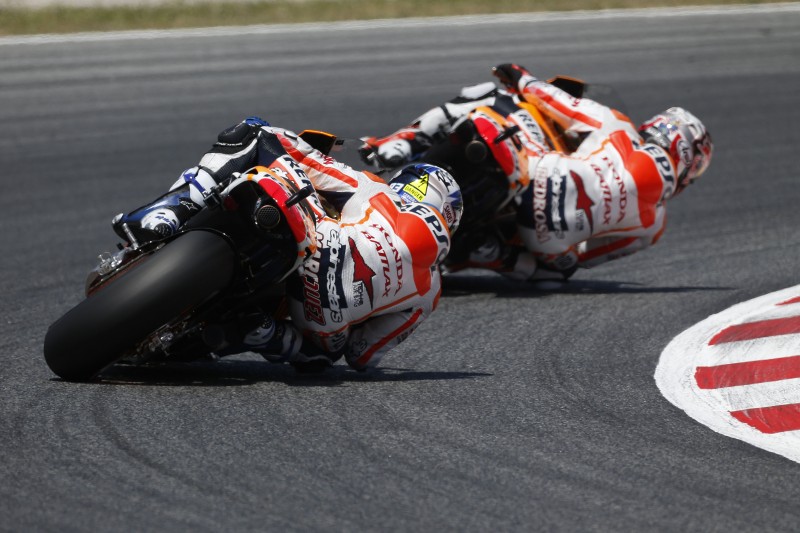 This weekend the Repsol Honda Team heads to Spain for the GP of Catalunya, known for the incredible atmosphere and support the home fans give their Spanish riders.

One of the most modern and well-appointed circuits in Europe, Catalunya is located in the hills just 12km north of Barcelona. Its 4.7km long track features a blend of eight right-hand turns and five lefts. Championship leader Marc Marquez – who has won every race this season from pole – has enjoyed podium finishes here in the past four years and will be looking to continue his incredible run so far this season, although he admits the track layout isn’t one of his favourites. He currently lies 1st in the standings with 150 points.

The Montmelò track is a favourite for teammate Dani Pedrosa who has a fantastic record here having won in all classes with a total of nine podiums, and holds the circuit record (1’42.358, the fastest race lap in 2008 on his way to victory). Dani, who is hoping his arm will have healed further after the recent surgery, is 3rd in the Championship standings with 96 points, just one point behind 2nd place Rossi.

After Sunday’s GP, the team will remain at the Montmelò circuit for a one day test on Monday.

"I really enjoyed the battle in Mugello with Jorge, it was so nice! Now we head home to Montmelò which is a track that I haven’t enjoyed myself at so much in the past but the layout is good and with a year’s experience I hope the situation will be different this year! The fans and of course my fan club all make the journey to come and support us and this gives me extra motivation, so I hope we can put on a good show for them all!"

"Mugello was more difficult thank I expected and my arm still wasn’t 100%. I had a check-up with Dr. Mir after the race who confirmed everything is healing correctly, so I hope this weekend it will have improved and I can be in the battle at the front. As always, I’m looking forward to going to Montmelò, the track is nice but the atmosphere is amazing! We will have to work hard but I hope that the bike works well there as you spend a lot of time on the edge of the tyre here so a great setup is a huge advantage! Let’s hope the weather is nice and it’s a good weekend!" 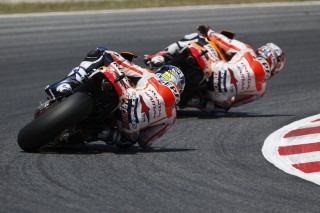