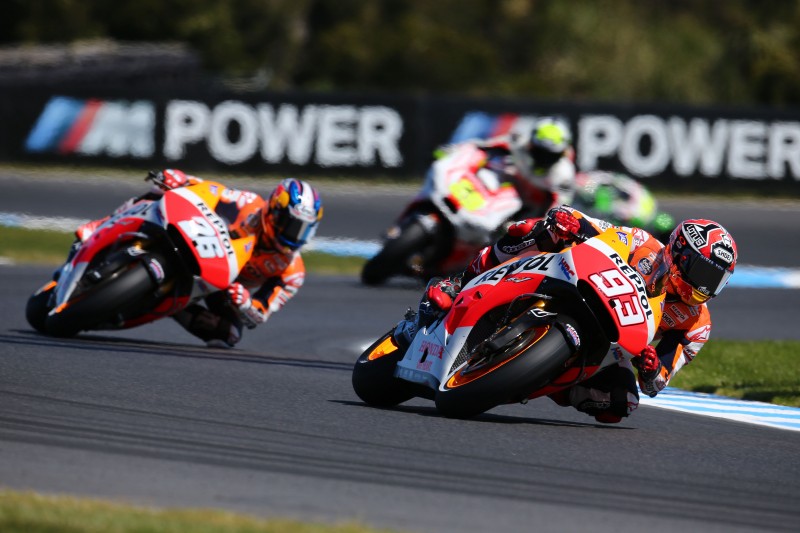 Recently crowned 2014 Champion Marc Marquez, and his Repsol Honda teammate Dani Pedrosa were back on track today at the Phillip Island circuit in Australia, with Repsol Honda’s 2011 World Champion Casey Stoner watching on with his family from inside the garage.

Sunny blue skies welcomed the riders but temperatures remained fresh with an ambient temperature of just 15ºC and track at 35ºC. It was an important test for the tyres after a difficult race weekend in 2013 which resulted in race direction adding a mandatory pit stop to change tyres during the race. The factory riders attended a tyre test in March this year – except Marc who was injured – so there was anticipation to see how the new Bridgestone tyres would perform.

These tyres will demand a lot of setup work, as this is the first time they have been provided this season. However, the times are very close with just 0.711 seconds separating the top eleven riders. Marc finished third for the day in the combined times with a lap of 1’29.752 (lap 4/19) in this afternoon’s FP2 session. Dani finished 10th for the day with his time of 1’30.289 (lap 16/23) commenting that the rear tyre which he tested in March here feels totally different now, 7 months later.

“Today we focused on working with the new tyres that Bridgestone have brought for this circuit, which are totally different from what we have used for the rest of the year. This is also a circuit that requires a very exact setup, because it has some very fast corners. In the afternoon practice session we took a step forward and I felt much better on the bike, but I think we have to keep working because there are still things that we can improve. However, the feeling is very good and I think it has been a positive day.”

“Today didn’t go entirely well for us. It was difficult to find grip with the new compounds that Bridgestone have given us and we struggled especially with the rear. Tomorrow we have to work to the maximum on the setup to see if we can make better use of this tyre and move up positions on the timesheets.” 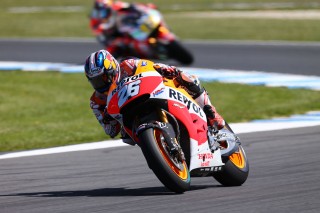 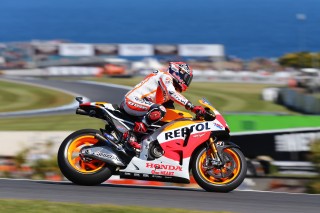 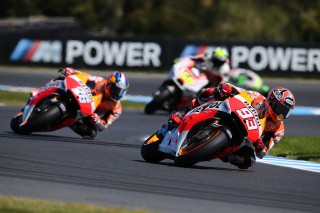 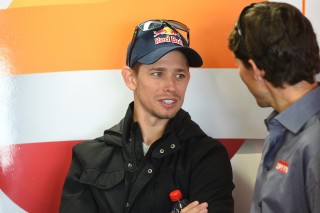