World Champion Marc Marquez takes his fourth win from pole – from the first four races of 2014 – and becomes the first rider to win the Spanish GP from pole since Capirossi in 2006. Teammate Dani Pedrosa takes third, missing out on second place by just 0.098s to Valentino Rossi, and moving into joint third in all-time premier class podiums.

It was once again a frantic start to the race, in front of 117,001 fans, with everyone vying for position. Marc and Rossi traded places for the lead several times on the opening lap as Dani battled with Lorenzo and Dovizioso in 4th. Finally Marc passed Rossi, before the end of the first lap, and began to push. From this point the young Spaniard opened a comfortable lead and set the fastest lap of the race on lap five (1’39.841). He then led to the chequered flag, completing a flawless race.

Dani spent his race with Rossi and Lorenzo and traced them for the first twenty laps, but with just seven laps remaining he passed Lorenzo and chased down Rossi. In the end it came down – once again – to the final corner, but Rossi was able to hold on and beat Dani to second place by just nine hundredths of a second. Dani has now finished on the podium in Jerez for the past 10 years.

At the age of just 21 years and 76 days, Marc is the fourth youngest rider ever to reach the milestone of 100 GP starts, taking 36 wins, 59 podium finishes and 41 pole positions. He has raced at 22 different circuits during his Grand Prix career and has now won at 20 of them – the only two missing are Donington Park and Shanghai where MotoGP no longer visit. Dani’s 3rd place in Jerez also marks a milestone as he equals the podium count of Giacomo Agostini on 88. The only riders with more podium finishes – in the premier class – are Rossi (148) and Doohan (95).

The team will remain in Jerez for an Official Post-Race Test tomorrow before packing up and heading to Le Mans, France for round five in two weeks time.

“I started well today, but when I saw that Valentino was trying to pass me on the first corner I knew his intention was to slow down the race so he could control the pace. Riding behind him I realised that I could go faster, so I tried to overtake him as soon as possible. I was surprised, because I wasn't expecting to open up a gap. Anyway, I am in good form at the moment, but I can see that Dani, Valentino and Jorge are giving their 100% in every practice and in every race. I'm sure that sooner or later will come a race in which we are unable win, but we will have to learn from that and try to take important points.”

“The race today was very difficult; I had problems with the front tyre from the opening lap and I tried to overcome the situation as best I could. I saw that Marc was breaking away but couldn't do anything to stick with him - it was completely his race today. I was able to stay behind the Yamahas for many laps, and at the end I made my attack. I was able to overtake Lorenzo but would have needed one or two more corners to try and pass Rossi. I did my best and took third place. We will see if at tomorrow's test we can be closer to Marc and fight to the maximum at the next race.” 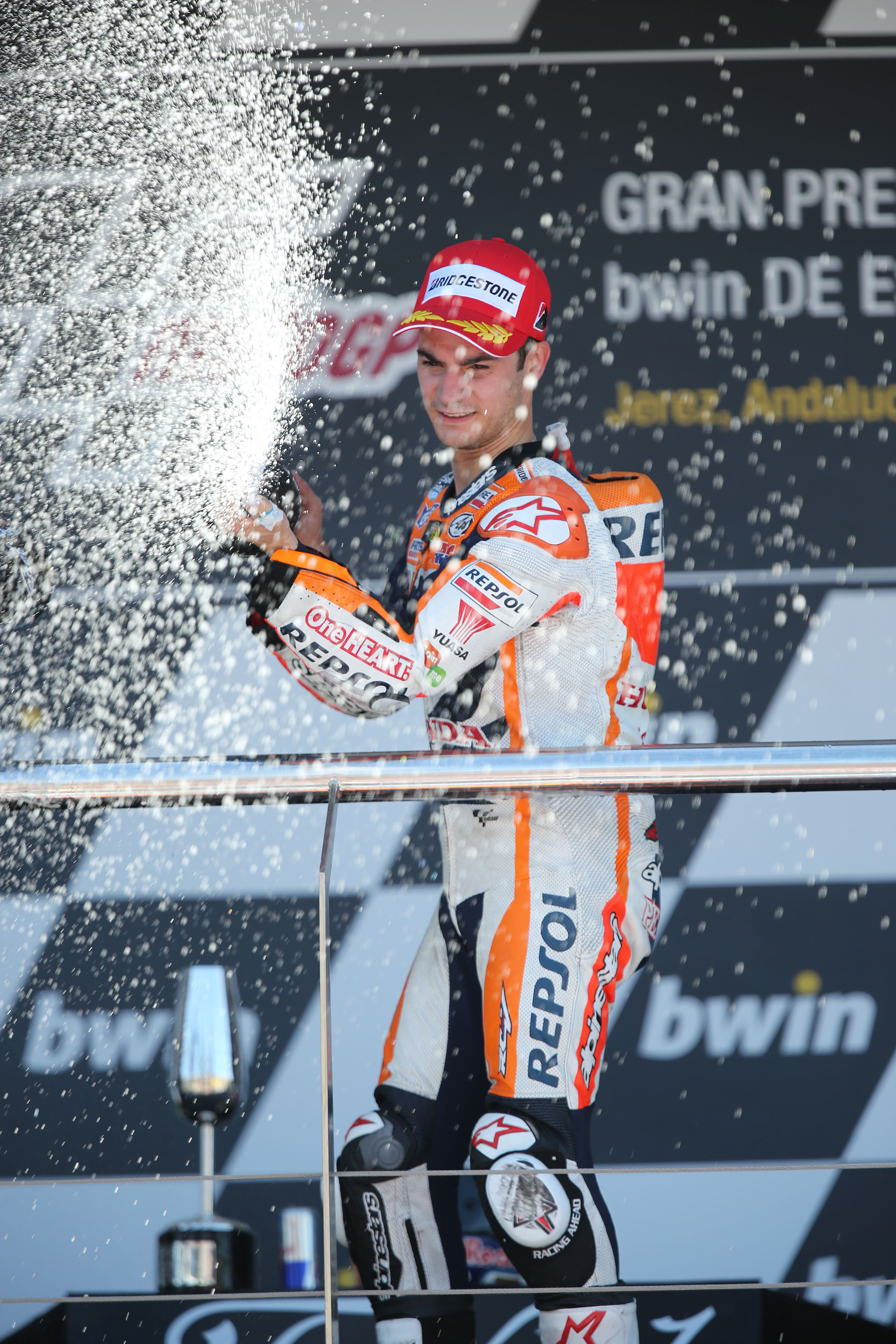 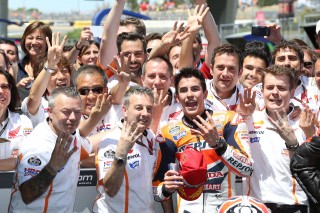 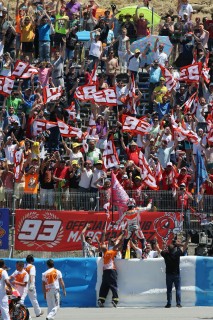 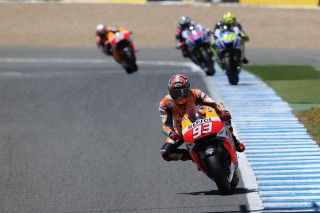 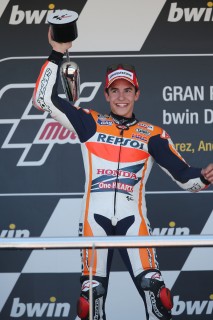