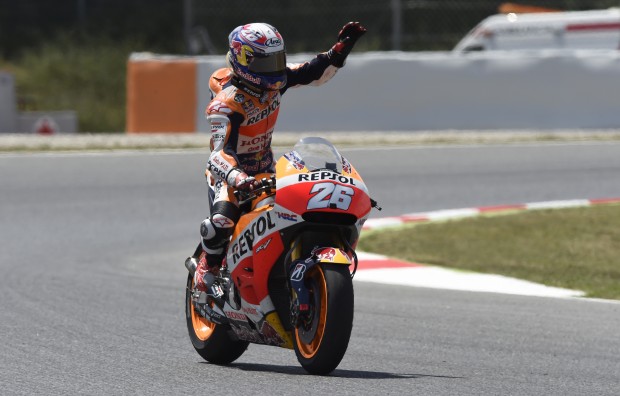 It was a day of mixed fortunes for the Repsol Honda Team, with Dani Pedrosa claiming his first podium of the season and reigning World Champion Marc Marquez crashing out of the Catalunya GP, from second place.

Marc had a great start from 4th and found himself in 2nd by the end of the first lap, with Dani losing out from 6th on the grid and dropping down to 10th. Marc was desperate not to let pole-man Jorge Lorenzo breakaway and set the fastest race lap on lap two whilst chasing him as Dani began to find his rhythm. However, on lap three Marc made an error in turn ten, running wide and found himself in the gravel trap unable to stop. He was brought down into the stones and the gear shifter was damaged, as a result ending his race.

Meanwhile Dani continued to progress through the pack and by lap five he was in 5th place. The following lap Dovizioso crashed out and promoted Dani to 4th and then on lap seven, Dani passed Aleix Espargargo into 3rd place, which is where he remained for the rest of the race. Dani has now finished on the podium in Catalunya seven times in the last eight years.

After seven rounds of the 2015 season, Marc remains 5th in the Championship on 69 points (69 points behind leader Rossi), with Dani in 10th on 39 points.

The team will be back on track tomorrow for a post-race test, before heading to Assen in two weeks time.

"I'm happy and overwhelmed with emotion! It’s been a tough time and I’ve been fighting so hard, but finally I feel fit again and stronger with every race. Today I had a bad start and I tried not to be nervous, because I knew that the race was very long. There were many crashes at the start and I saw that the track was in a delicate condition, so I took it easy for the first three laps to find a reference for each corner. Then I started to progress quite quickly, I overtook several riders, and I finished third. It was impossible to follow Jorge and Valentino, because they were far ahead in terms of performance. We will try to pull back the gap a little for the coming races and see if in testing tomorrow we can find something positive - and understand the situation better. I want to thank all the people who have stood by me: my physiotherapist, my family and friends, Dr. Villamor, Jordi Salo and everyone else who has been supporting me. I also want to thank the fans who have sent me messages of encouragement. It has been a long time, but fortunately today at home I was able to recapture the excitement with this podium. I am very grateful to everyone, especially my team, after backing me during this difficult time, they deserve a little happiness!"

"I tried to give 100% at my home race but I made a mistake trying to push too much, as I wanted to do well - at all costs - and these things can happen. I was going well, trying to conserve my tyres behind Jorge, but I made a mistake and as a result I ran wide. When I was in the gravel I saw the wall was very close, so I leaned over a little but I couldn't stop the bike. I was able to ride back to the garage, but I soon realised the gear lever was damaged and I was unable to shift gears. I want to thank the fans who came out today; the best thing about the day was hearing the cheers from them during the three laps I rode." 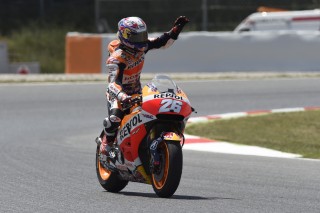 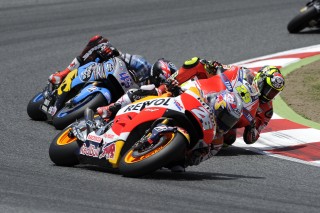 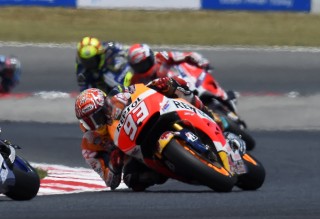 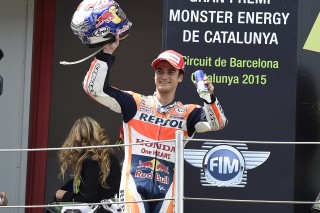 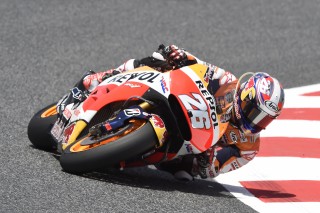 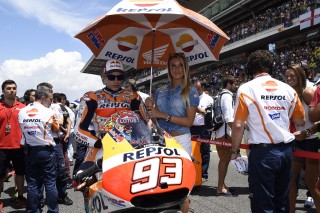 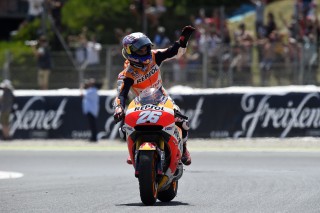 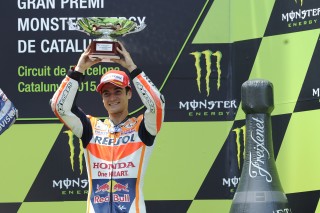 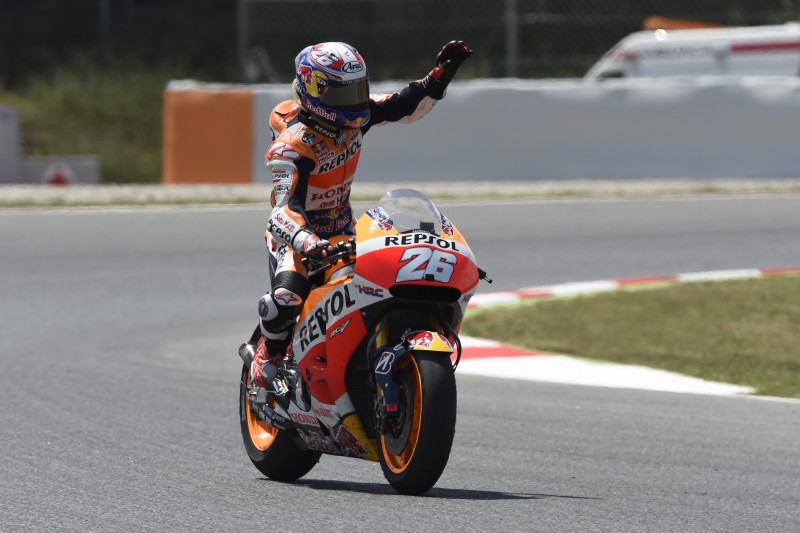