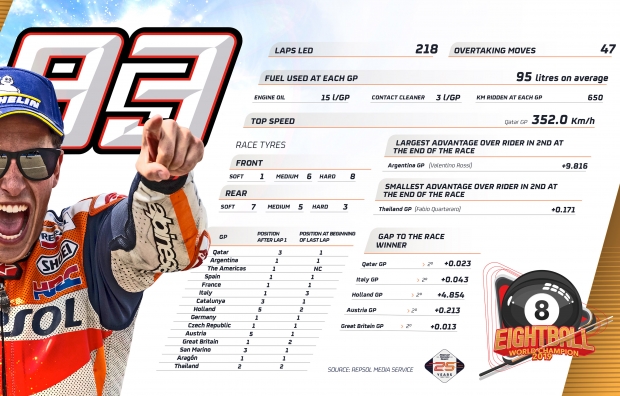 Even at a quick glance, Marc Marquez’s run of top-two finishes has been impressive but there’s plenty more to explore.

2019 has been one of Marc Marquez’s most consistent to date, 14 races inside the top two and only once failing to score. As a result, his 325 points after round 15 are more than he amassed in the entirety of his 2016, 2017 and 2018 championship campaigns.

Leading 218 laps this year, Marquez has only once this season finished second by more than three tenths of a second. In fact, three of his five second place finishes were defined by less than 0.050s of a second. Marquez’s determination to take victory was displayed front and centre in Buriram when he battled Fabio Quartararo to the line.

But not all his wins have been close; four of Marquez’s nine wins have been won by more than two seconds. His greatest victory came in Argentina when he bounced back from his only DNF of the season to dominate and win by almost ten seconds. 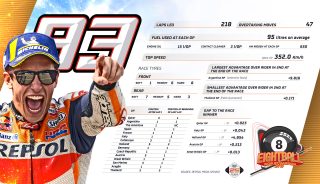 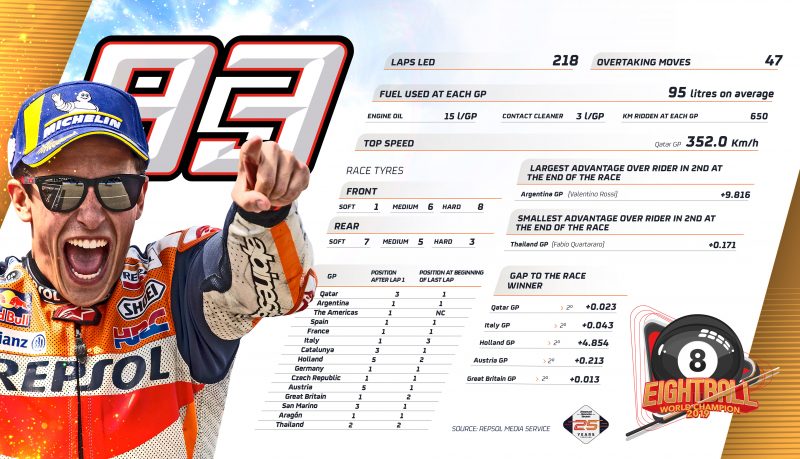