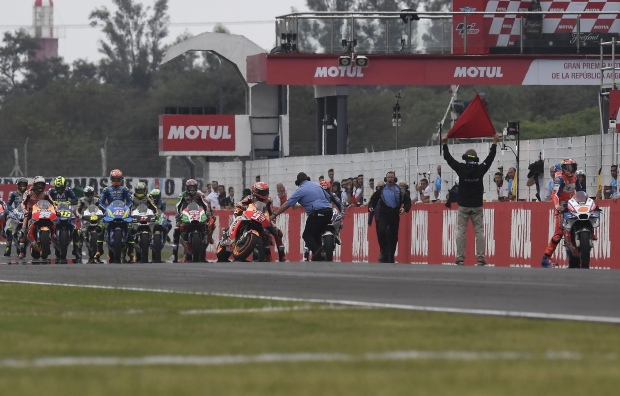 Rain that fell just before the MotoGP race deeply affected the Grand Prix of Argentina, as well as Marc Marquez’s and Dani Pedrosa’s races.

Dani crashed out of the postponed race before the end of the first lap when he went off the dry line following a move by Johann Zarco. Dani suffered a hard blow to his right wrist and will undergo further medical examinations next week in Barcelona.

Marc was first given a ride-through penalty for returning to his grid position aboard his bike after restarting a stalled engine. He complied with the penalty at the end of lap six when he had been leading the way, 1.5 seconds clear of Jack Miller, and re-joined in 20th. Marc was quickly charging through the field to recover, but unfortunately he touched a wet patch and unintentionally clashed with Valentino Rossi on lap 20. An additional penalty of 30 seconds dropped Marc from fifth to 18th after the end of the race.

The race was won by Cal Crutchlow, who earned Honda its 750th Grand Prix win. This is the first time a manufacturer has reached this landmark in the 70-year history of Grand Prix motorcycle racing.

“It was a tricky race, in very tough conditions, with several drawbacks. Just before the start I had an issue with the engine, which stopped. We’ll look into it later. Anyway, I put my hands up but nobody was there. I was able to restart the bike and then I looked for some input from the marshals, as I wasn’t sure if, with the bike running again, I should go to my place on the grid or back to the pits. One marshal raised his hands, and a second one gave the thumbs up, which I interpreted to mean I could stay. When I saw the penalty message on the dashboard, I didn’t understand why, but I of course complied. Then I obviously tried push to recover and unfortunately I made some mistakes, the biggest one I believe being with Aleix. I approached faster than him and I didn’t realize it. I tried my best to avoid contact but unfortunately I wasn’t able.  I saw the penalty and, to be safe, gave up two positions, not just one, before starting to push again. With Valentino it was different, as it was a consequence of the track conditions. I touched a wet patch, locked the front, and released the brakes. I tried to turn, again making my best effort to avoid contact. When he crashed I immediately apologised. It was a racing incident as happened earlier with Zarco and Dani, and then with Petrucci and Aleix. It was a tricky Sunday. Of course today I made some mistakes, which I recognize. Other mistakes were made by Race Direction on the grid, and others were due to the difficult conditions, but one thing I know for sure: never in my career have I intentionally hit another rider.”

“There’s not much to say about the race. I think we did a great job during the weekend, and I was also riding very well. My race ended before I finished the first lap. Race Direction needs to look after every rider’s safety. Right now I have a lot of pain in my right wrist. I’ll have it checked again in Barcelona on Tuesday.” 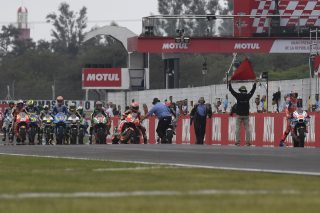 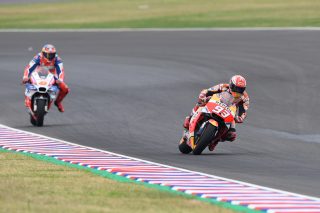 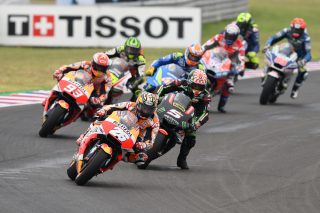 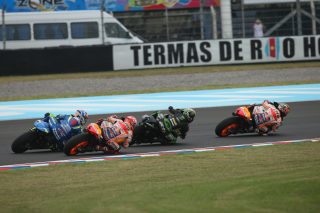 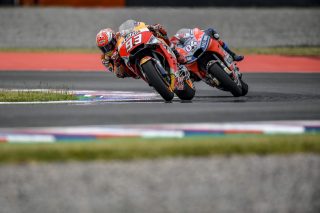 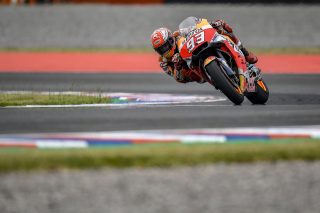 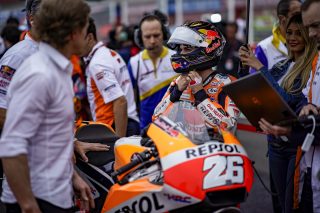 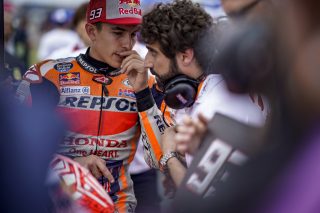 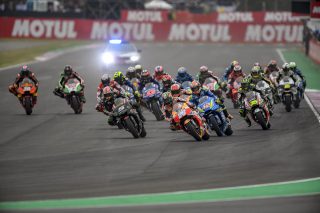 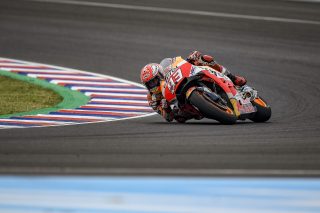 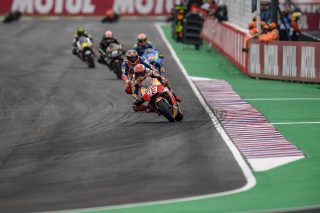 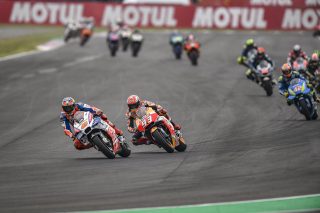 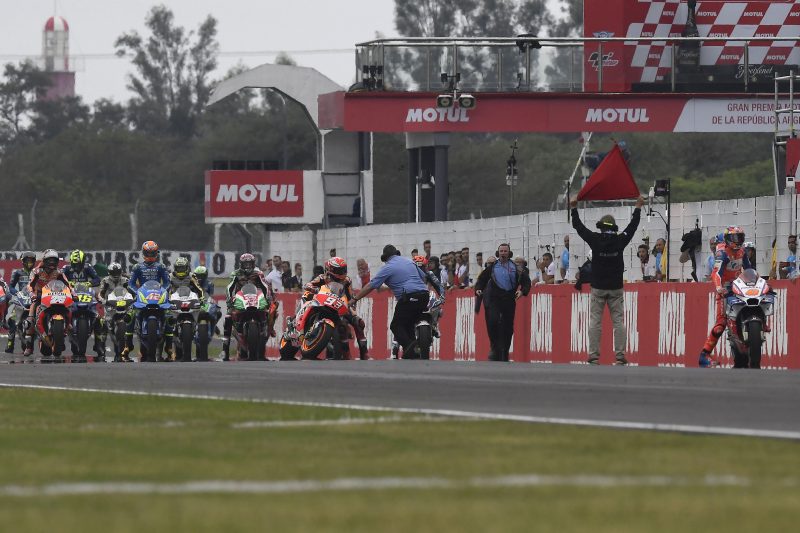