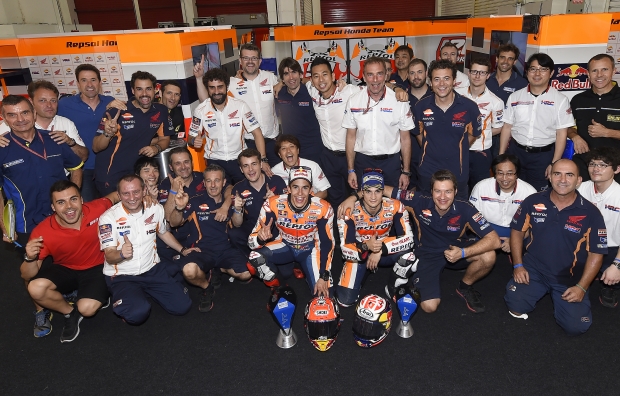 Before the start, it was established that a dry race would be run 20 laps “flag to flag,” with a compulsory stop to change motorcycles at the end of lap 9, 10 or 11.

Both Marc and teammate Dani Pedrosa started well, but while Marc slotted into third place on his first lap, Dani was pushed wide by another rider in turn 1 and became stuck in the second group, unable to maintain contact with the front.

Marc took the lead on lap 2 by moving past Rossi and Dovizioso, and he was engaged in a thrilling battle with Rossi for first position until the bike change. On lap 10, he entered the pit a fraction ahead the Italian and re-joined the track in the lead. On his second bike, Marc put in a sequence of fast laps that nobody was able to match, and in five laps he opened up a gap that allowed him to comfortably cross the line with a 7.6-second advantage.

Although Dani’s pace wasn’t as fast as he would have liked, he remained cool and focused, and with Viñales, Dovizioso and Iannone all crashing, he was able to secure the third step of the podium and take over third position in the championship.

Heading to Austin for round 3, Marc now leads the championship by 8 points over Rossi and 14 over Pedrosa.

“I’m really happy with this win because we’ve worked very, very hard during the pre-season, in Qatar and here. Honda is working very well and I feel the support; we’re going in the same direction, and that’s the most important thing. It’s a special win, not only because it’s the first one of the year but also because with the team, we managed the situation very well, and after what happened in Australia on a similar occasion [in 2013], it was important for us to do well. I knew that the first part of the race would be tough because it was still damp in some places, and with the first bike I hadn’t felt as good as with the other one even during practice. I knew that the second part of the race was the key. I pushed 100% in the first five laps after the bike change, I opened a gap and after that I just kept the distance.”

“I had a good start but someone, I didn't know who, came straight through the first turn, and I had to pick up my bike and go wide in order to avoid him. If I had kept my line, for sure I would’ve crashed, so I went way out and then found myself in the middle of the group. It was very difficult because the lines they were doing were quite crazy, and of course I lost a lot of ground there. Anyway, my pace wasn’t good, and that’s disappointing, but I tried to keep my line for the entire race. Finally, this was maybe the luckiest day of my career because many riders crashed in front of me and I was able to take third. Last year I wasn’t even here, so it’s positive to be on the podium this time. Anyway, we have to look ahead and keep working hard to improve the bike to be faster.” 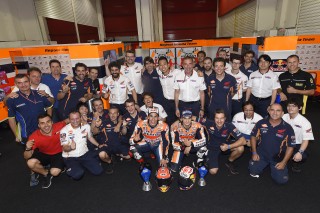 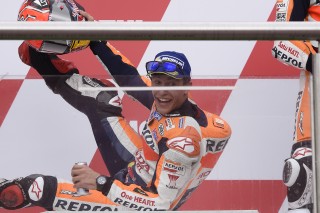 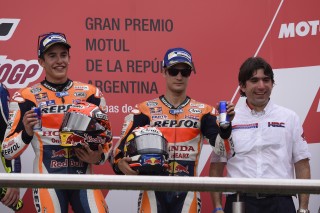 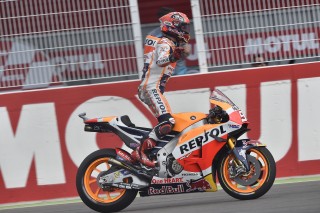 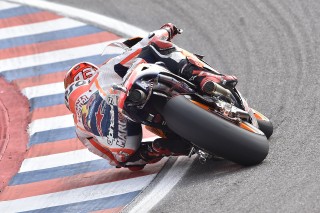 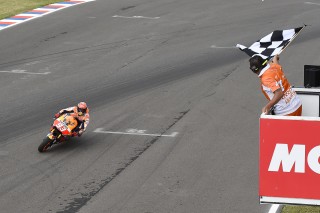 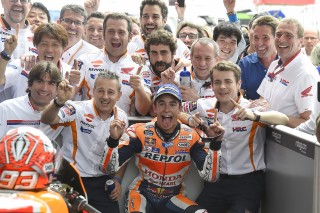 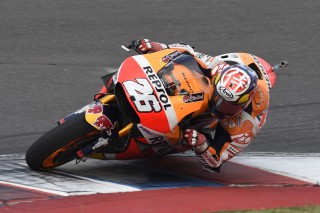 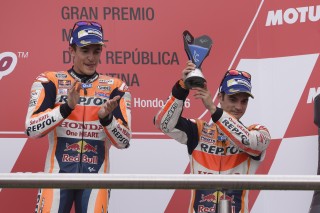 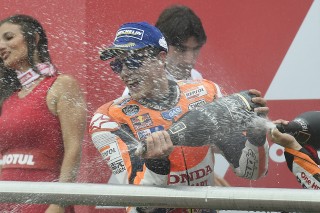 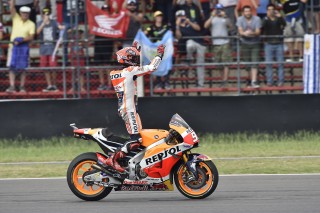 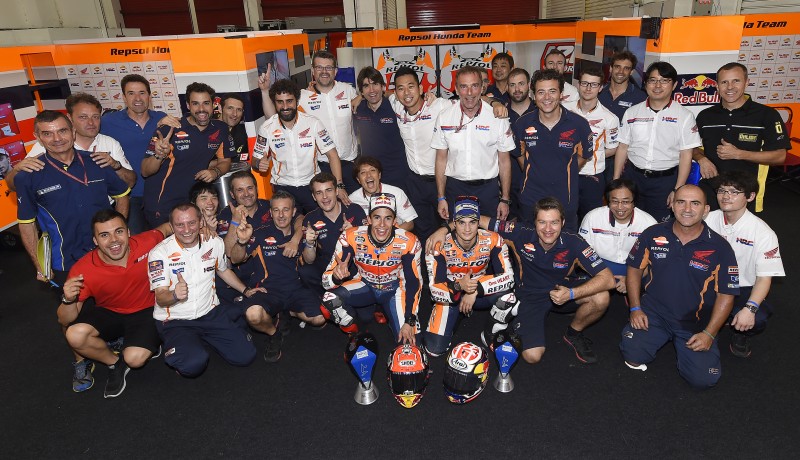