The tricky conditions in Misano caught out much of the grid, but not Pol Espargaro who used his years of Grand Prix experience to secure fourth on the grid for Sunday’s race with Repsol Honda Team teammate Marc Marquez starting in seventh.

A morning of light and consistent rain meant there was no chance of improved conditions early in the day at the Misano World Circuit Marco Simoncelli, the MotoGP grid fighting for Q2 passage on a wet track. Marc Marquez and Pol Espargaro did exactly what they needed to and showed their speed in the wet, setting the fifth and sixth fastest times respectively.

Espargaro’s Free Practice 4 was complicated by the changing conditions, most riders setting just a handful of laps on wets before returning to the pits to wait for the track to dry more. Ending the session in 18th and six seconds off the fastest rider, Espargaro and his crew were well aware they had plenty still to show. As the track opened for Q2, conditions continued to steadily improve and times dropped.

Electing to stay out on track throughout Q2, Espargaro was able to continually assess the Misano circuit as its conditions improved and timed his last flying lap perfectly – a 1’33.313 moving him onto the provisional front row with just seconds remaining. A late lap from Marini pushed the #44 to fourth, Espargaro in turn securing his best grid slot since he was on pole for the British GP. Content with his starting position, Espargaro is keen to bring the fight to his rivals on Sunday.

Saturday in Italy proved to be a more complicated day for Marc Marquez. He fell during Free Practice 4 after switching to slicks. Although he walked away from the Turn 15 tumble, Marquez would not return to the track during the final practice session. Q2 started with a massive moment for Marc Marquez, launched out of his seat and almost over the handlebars before expertly returning to the seat of his Honda RC213V to continue his run.

But a fall later in the session at Turn 6 would end Marquez’s day. Despite the problems, the #93 set a 1’33.850 for seventh on the grid. Starting a row behind his teammate, Marquez is confident of a stronger race but remains realistic with his expectations after a difficult day.

“The conditions today were super tricky. In the morning in the wet I was really struggling to put one whole lap together and I really had to risk a lot to get into Q2. But for sure it was good to achieve this, it was a weight off my shoulders. All today we saw how tough it was and Q1 was even worse. I was quite confident going into Q2 because I knew in the dry I was ahead of a lot of riders, even if the conditions were still difficult. If you went just a tiny bit wide the track was wet, it was tough but I am really happy. The first two rows are very important here with the tight first sector so I am pleased. Tomorrow the plan is to push right from the start because there is a lot of competition around us.”

“If we look at the final time sheets, today wasn’t a bad day as seventh place is more or less our position here, like Misano 1. But it’s true that I wasn’t able to take profit from the situation and I couldn’t perform how I wanted to. In Q2 I already had a big warning in the first lap and then I did an OK lap but when I tried to push for something more the feeling wasn’t there. In the past I enjoyed saving crashes, but the save I made today was not as fun as the position was a lot more extreme and it caused me to lose some confidence. On the last lap I said ‘ok, maybe I crash’ and I crashed. For tomorrow it’s looking like more normal conditions so I think we can put together a good race but maybe the podium is one step too far at the moment.” 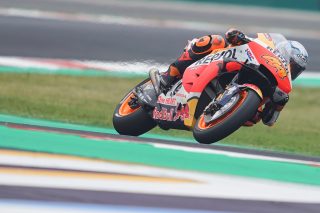 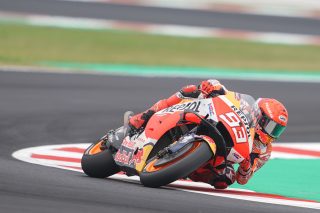 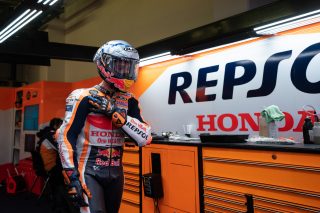 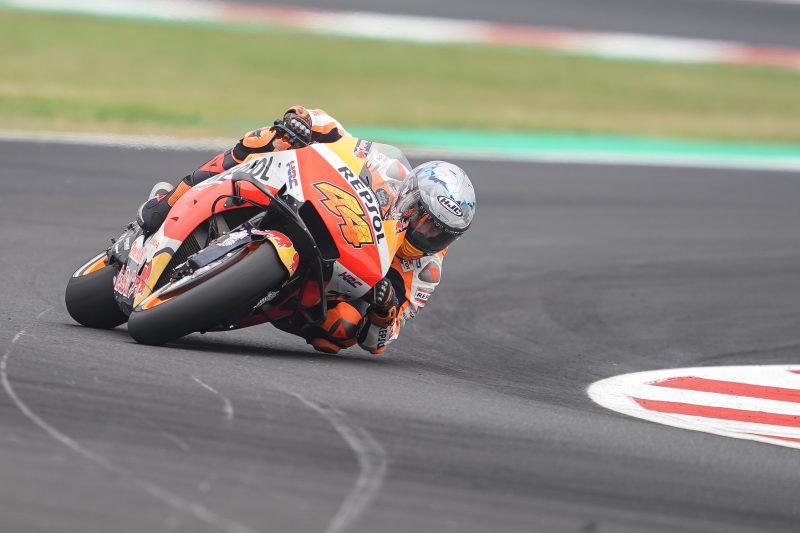