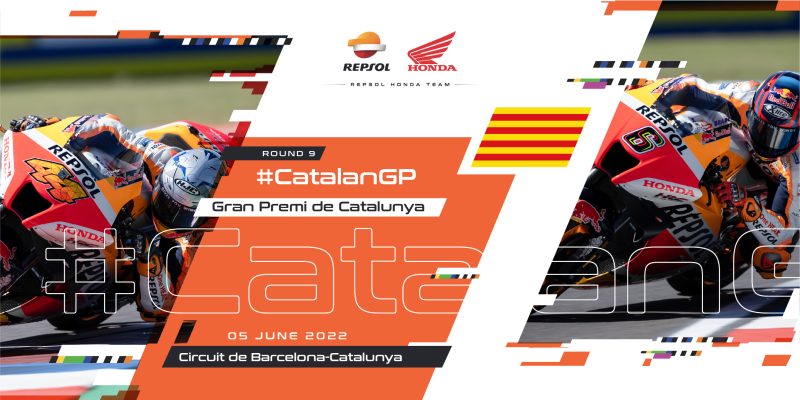 As Marc Marquez heads for the US, the Repsol Honda Team prepare to forge ahead with Pol Espargaro and Stefan Bradl in Barcelona.

The MotoGP train doesn’t stop as it arrives in Barcelona for round nine of the 2022 season. In Mugello, it was announced that Marc Marquez would have a fourth surgery on his right humerus and will be absent from the Catalan GP. Stefan Bradl will once again take over the reigns of the RC213V in his place.

There are none that can challenge the Catalan Grand Prix as being Pol Espargaro’s home race, the #44 having been born and raised just a short distance from the track in Granollers. After several difficult rounds Espargaro is eager to steady himself and put on a show for the home fans and perform at the maximum possible level. His best premier class result at home is fifth place, achieved in 2016 and last year he suffered an unfortunate DNF aboard the RC213V. Despite not achieving the end results he has aimed for, the past races have shown signs of progress and flashes of what he and the bike are capable of.

Stefan Bradl will once again join Pol Espargaro inside the Repsol Honda Team garage, their fifth race as teammates. This is the third time that Bradl will race in 2022, having taken 19th in Argentina and suffering a DNF in Jerez while running as a wildcard. As with many circuits on the calendar, Bradl has a strong and consistent point-scoring history at the Circuit de Barcelona-Catalunya. Missing points just once in his six premier class races there and with a best finish of fifth in 2013 and 2014.

Monday after the race also presents the second in-season MotoGP test of the year, both Espargaro and Bradl set to continue development work on the RC213V alongside the rest of the MotoGP grid.

“I know that the home fans will give me an extra boost this weekend. After some hard races, this is just what I need to get our year back to where it should be. I arrive as motivated and as focused as ever and from Free Practice 1 we will be working to achieve our goals. There’s still a lot of races left to run and what we find in these races can help us a lot at the end of the year. Also with the test on Monday, we will have a lot of bike time to be able to understand everything.”

“First I want to wish Marc all the best with his operation and his recovery. I am here for everything that HRC and the Repsol Honda Team need until Marc’s return. We have all seen the level in MotoGP, so we know the challenge that is ahead of us but I am confident that working with Honda and the team we can achieve something. Let’s see what the weekend brings, it will be important to get in a lot of laps and prepare well for Monday’s test.”