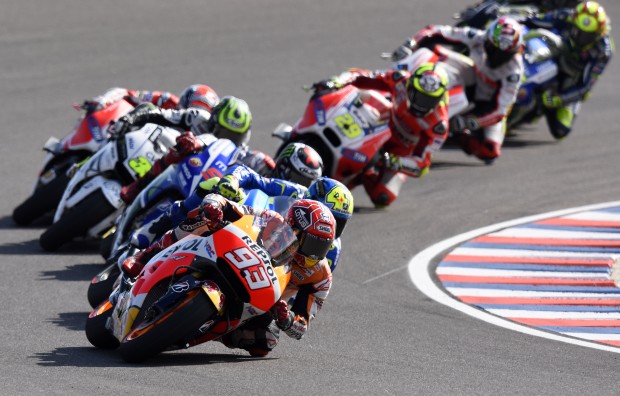 Repsol Honda’s Marc Marquez enjoyed a strong start from pole position, tussling for first place on the opening lap with Lorenzo and Aleix Espargaro and took the lead as they crossed the line for the first time. He pushed to open a gap over the rest of the riders and by lap thirteen he was benefitting from his hard option rear Bridgestone tyre – the softer of the compounds available – and had opened up a 4.2s advantage over a chasing Valentino Rossi.

Teammate Hiroshi Aoyama dropped back at the start from 15th to 22nd on the first lap and gradually progressed through the pack to reach 14th by lap twenty-one. Meanwhile Rossi continued to chip away at Marc’s lead as Marc’s tyre life began to drop and Rossi’s extra hard tyre choice was coming into it’s element. With seven laps to go the gap was down to just two seconds and with three laps to go it was down to half a second as the riders began to battle. With two laps remaining, they jostled for first place then in the next corner they touched and as they picked the bikes up Rossi’s rear wheel collected Marc’s front and the reigning World Champion hit the ground. Despite running to his bike to rejoin the race, Marc soon saw this was not possible and had to accept his race was over.

In the final five laps, Hiroshi continued to fight and was up to 11th on the last lap when he was hit in the final turn by Petrucci and unfortunately crashed out of the race also. Race direction reviewed both incidents immediately and docked a penalty point from Petrucci but considered the contact between Marc and Rossi a racing incident.

It was a disappointing end to a strong weekend for the team. Now they must pack up and head to Spain for the first round of the European races which takes place on Sunday 3rd May.

"It’s a shame what happened, because we were having a good race! It was interesting, because our tyre choice was different from Valentino’s as I felt we were not as competitive the harder compound. The strategy was working out well for us – it’s just a pity about the last two laps. When I saw that he was closing in on me, I decided to conserve the tyres a little. On the final laps I went back to riding in the low 1'39s to check that the tyres were still in good shape, and knew that we would be fighting to the end. When he caught me, we fought for a few corners and unfortunately we touched and I crashed. I've always said that he's my idol and my reference, so you always learn things from him. Now we have to think about Jerez and begin to recover points."

"I didn’t get the best start as the start procedure seemed to happen very fast and caught me slightly off guard, so I didn’t get off the line immediately. I lost some positions and had many riders in front of me so I had to fight hard and managed to progress from 22nd position to 11th on the last lap. Unfortunately in the last corner on the final lap, Petrucci tried to pass me but he hit me forcing me to lose the front and I crashed. It was disappointing to end the race in this way. Also, with the incident involving Marc, it’s not been a good weekend for the Repsol Honda Team and I’m very sorry for all the team. Race control penalised Petrucci with a penalty point, so it’s good that they acknowledged the incident, but anyway it doesn’t affect our result." 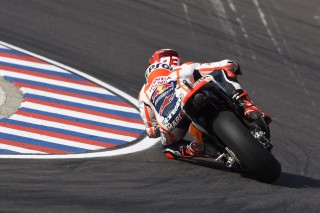 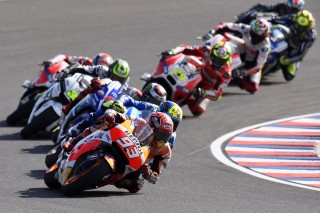 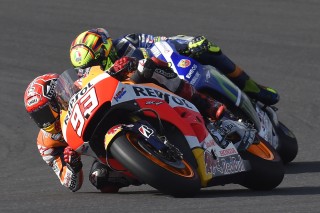 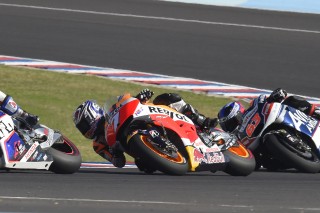 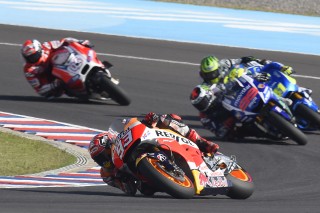 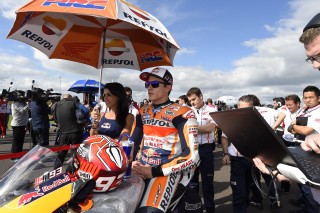 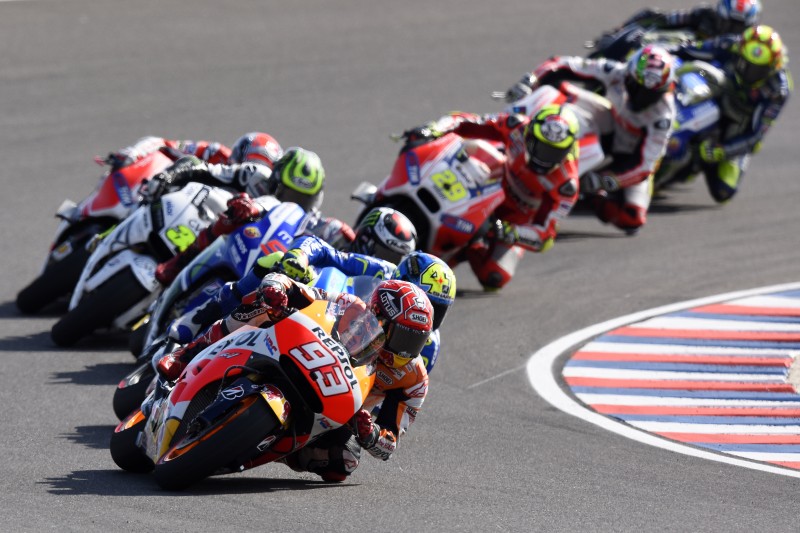