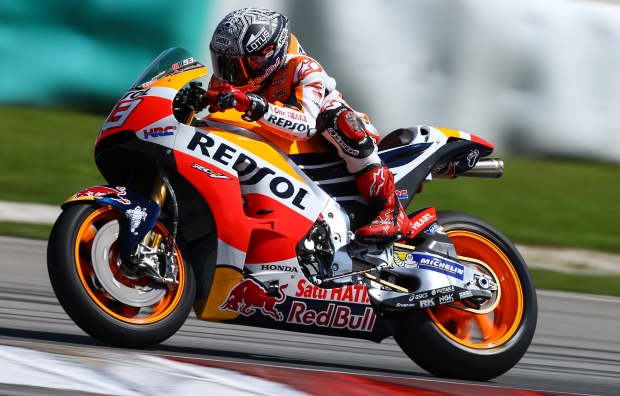 Repsol Honda’s Marc Marquez and Dani Pedrosa took to the track this morning for the second day of testing at Sepang International Circuit, where Marc was quickly able to knock almost one and half seconds off his best lap from the opening day. Just an hour into the session, all action stopped following a massive crash by Loris Baz (who escaped unhurt), prompting a red flag that remained in place for over an hour.

When the track reopened, the riders were only allowed to use the harder of two available tyres and, due to safety concerns, Michelin imposed a higher minimum air pressure. Marc and Dani, who today used the new evolution of the 2016 RC213V engine, worked with their engineers on the electronics and on chassis setup. Marquez completed a total of 52 laps, with his fastest time of 2’00.843 coming on lap 5, while Dani managed a best time of 2’01.475 on lap 4 of 36.

Toward the end of the day, Dani suffered a crash in turn 5 during an out-lap; thankfully, he escaped unharmed, although the fall prevented him from testing a new spec front tyre, which he will instead try tomorrow.

The weather remained throughout the day, with maximum air and track temperatures of 33° C and 59°, respectively. The three-day test will conclude tomorrow.

"We've taken a step forward on day two. Unfortunately during the day we didn't manage to make steady progress and we tried out a lot of things, but we did make an improvement on yesterday. I think that it will be important to analyze well everything that we tested today, to see what works and what doesn't, and tomorrow we will continue to try things because we have a lot of work to do. Today we used the same “evo” engine on both bikes in order to have the same reference for the electronics test that we are doing".

“It was a difficult day, because after the crash of Loris Baz this morning, we were told not to use the softest tyre. We had to use the hardest rear and, with the temperatures as high as they were today, we had almost no grip. We tried to use the time to improve the electronics, but it was very difficult to handle that and making improvements to the bike. We tried a different weight distribution, but in the end we weren’t able to draw many conclusions. We will see if tomorrow we can turn the situation around and improve. Unfortunately I had a crash towards the end of the day – probably because the tyre was cold, as I wasn’t riding fast” 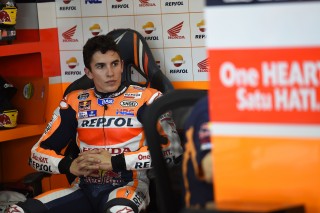 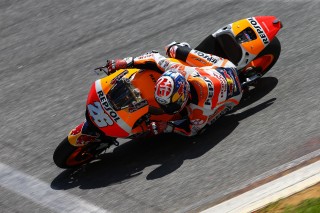 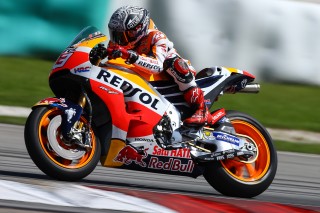 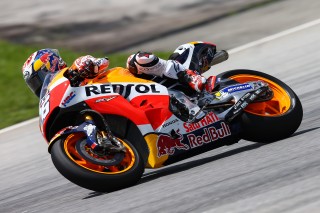 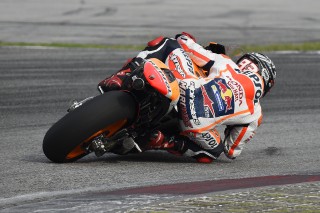 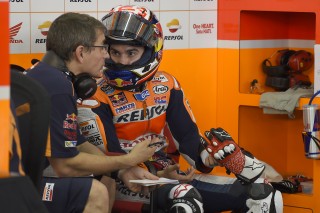 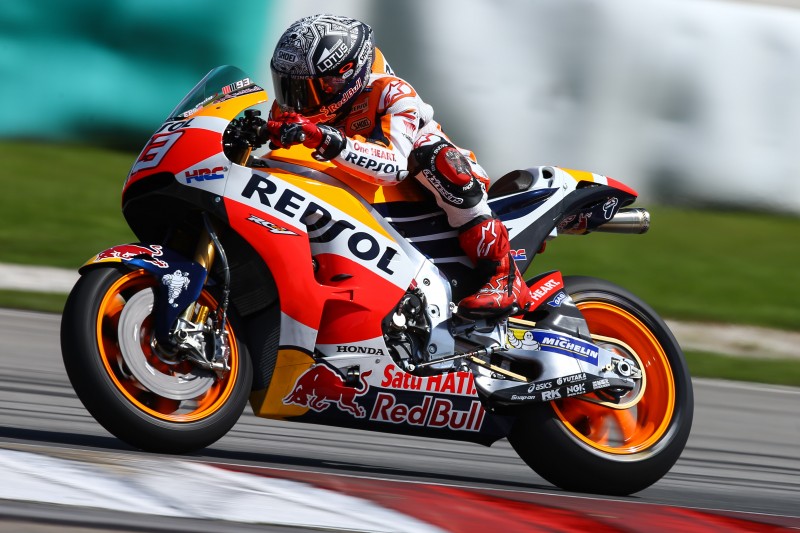