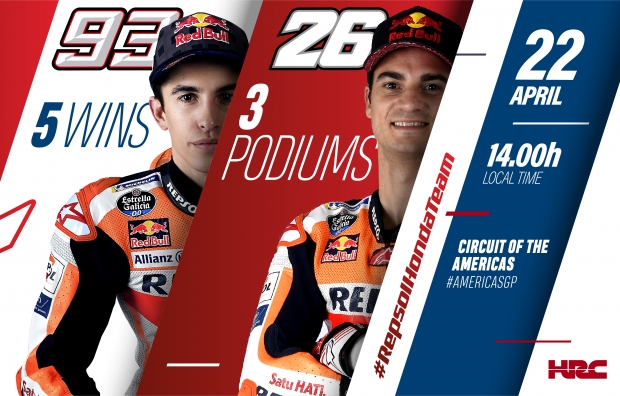 After undergoing successful surgery to his right wrist one week ago, Dani Pedrosa has begun his rehab period and, although he’s obviously not yet at 100%, will join Marc Marquez in the United States to try and take part in the third round of the MotoGP World Championship in Austin.

Marc and Dani have strong records at the technical, 5.513 km Texas circuit. Marc took his first MotoGP pole and victory at the venue in 2013 and has continued to post flawless qualifying performances and victories there ever since, bringing his tally of consecutive successes in the USA to 11 across all classes. Dani has climbed the Circuit of the Americas podium three times out of the four occasions on which he has raced there.

The Repsol Honda Team, in turn, have a streak of 14 GP wins in a row on American soil, starting with Pedrosa’s Indianapolis victory in 2010.

At the Red Bull Grand Prix of the Americas

“After a good start to the season in Qatar, we got no points in Argentina, but I was feeling good on the bike in both races, which is positive. The season is long and the most important thing is that our level is there. Now we go to Austin, a good circuit with a good atmosphere and great memories: it was the place of my first pole and my first MotoGP victory and we’ve been able to be strong there since then, so it’s a good place to try and get a good result. That said, every season is different: the bikes, the tyres, the conditions. This year some work was done to reduce the bumps, so we’ll see how the track is. As we’ve done so far, over the weekend we’ll focus our work on the race setup, and then on Sunday we’ll see where we’re able to finish.”

“Since the operation, I started feeling a bit better every day. I’ve been doing exercises to gain mobility and reduce the inflammation. Little by little I'm recovering muscle tone, and this allows me to see some progress. From here it’s difficult to know our real possibilities. We’re going to a difficult track and until I’m back on my bike I won’t be able to really know my situation. But what’s clear to me at this moment is that it’s well worth it to travel and try. An important part of my strength to go to Austin comes from your messages of support, so thank you very much to all of you.” 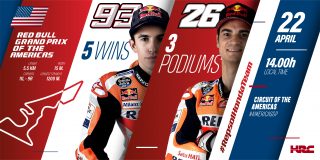 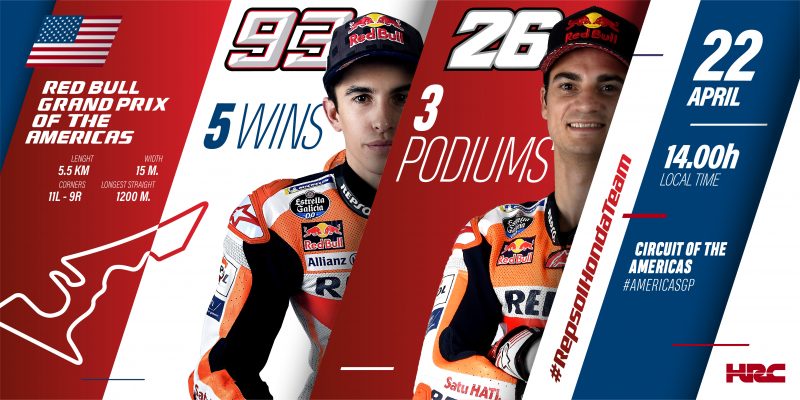