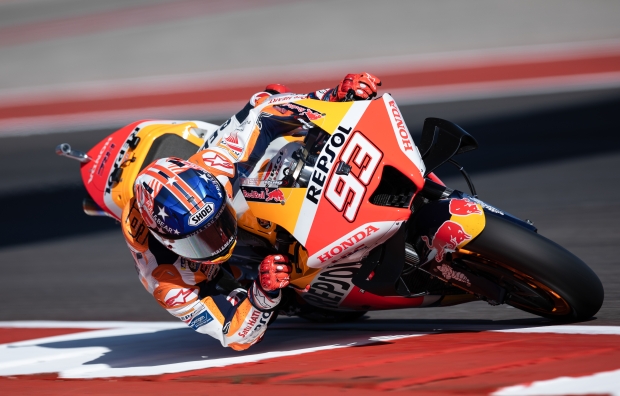 Marc Marquez and Pol Espargaro were left wanting much more from their respective Saturdays in Austin, the pair set to start on the third and fourth rows.

Saturday got off to a promising start for Marc Marquez aboard the Repsol Honda Team RC213V as he ended Free Practice 3 in fourth with a best time of 2’02.490. This continued a trend of constant progress over the course of the weekend as the eight-time World Champion returned. Continuing to show consistency in Free Practice 4, Marquez was able to complete a number of laps in the mid 2’03s as his and the team’s attention turned to the race.

A 2’03.038 in Q2 will see the seven-time COTA winner start in ninth place, misjudging the time remaining in the session saw Marquez unable to capitalise on a second flying lap around the long Circuit of the Americas. Expecting a long and phsyical race, Marquez is ready to fight forward and chase the Ducatis ahead.

Still feeling unwell, Pol Espargaro put together a great performance to finish in sixth on the combined times in FP3 with a 2’02.798, just over a quarter of a second off the fastest time. This was an important result as it allowed the #44 to save his energy by avoiding Q1. After his impressive effort in FP3 to end in the top ten, Espargaro will start round four from 12th place on the grid. His 2’03.096 was less than a tenth of a second from a top ten position on the grid for Sunday’s race. Espargaro was left to rue a number of mistakes in Q2 which cost the Repsol Honda Team rider a chance at fighting for the top six. A strong start will be critical in recovering and Espargaro has already begun to make a plan.

Redemption is scheduled for 13:00 Local Time on Sunday, April 10 when the lights go out for the Red Bull Grand Prix of The Americas. Both riders will need to be precise in the opening laps to carve through the field, but the launch speed of the RC213V should help in the run up to Turn 1. Setting faster times in Free Practice 3, it’s clear both Repsol Honda Team riders have more speed to show on Sunday and will be ones to watch over the course of the 20 lap race.

“Step by step the confidence is coming back more and more and today I was feeling and riding in a better way. In Qualifying, speaking honestly, I made some mistakes and I missed the last lap – I thought there was time for another lap. But anyway, we are still starting in ninth even with this. We made some good changes to the bike today and the goal for tomorrow is to finish the race in a good way. It won’t be easy starting ninth, but it will be a long and hard race where many things can happen.”

“Today I was feeling better, the pain was gone in my stomach and my power was improving. The biggest issue today in Qualifying was the mistake I made, touching the green and then misjudging the timing of the session a bit. I think we had the potential to match what we did in FP3 and be in or around the top six. I was not riding well today and making some mistakes, not just with the timing but also some with my riding. Fortunately, we are starting very well this year and Turn One here is always tricky so let’s see what happens in the opening lap. More rest is needed and let’s see what we can do.”

Qualifying Round 4   Grand Prix of the Americas Americas 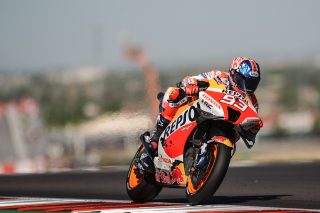 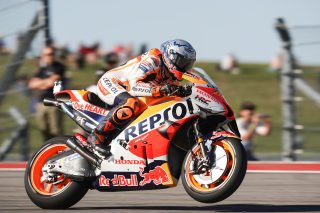 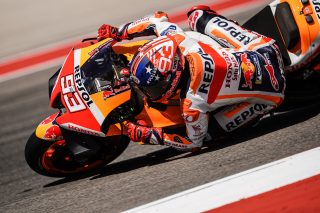 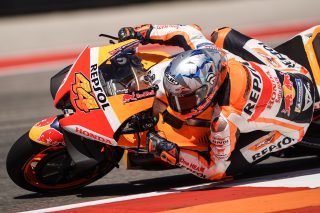 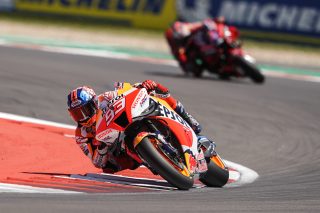 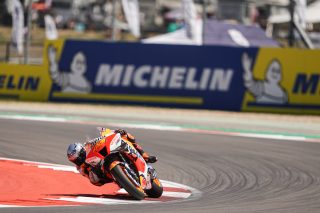 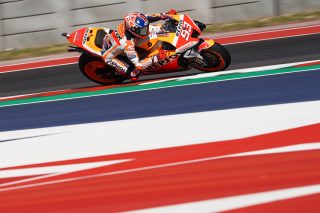 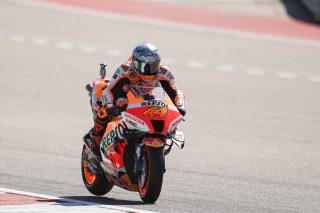 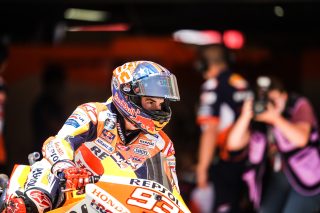 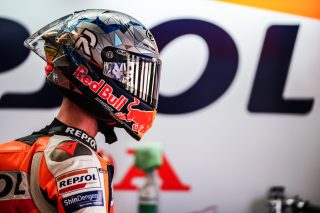 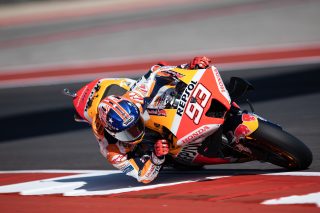 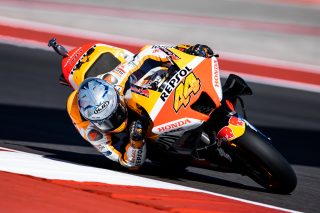 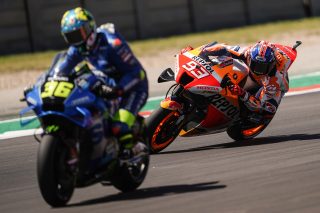 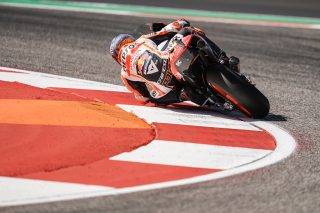 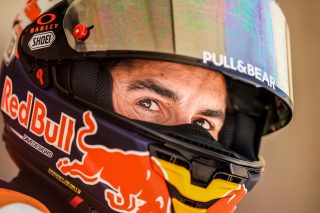 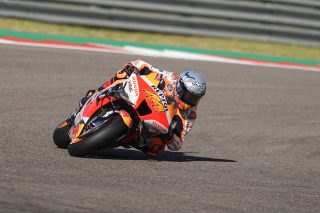