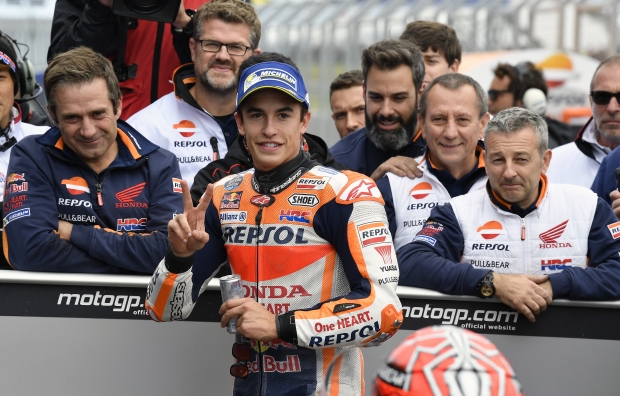 In varying weather conditions, Marc Marquez displayed a great pace on the second day of the Australian Grand Prix, topping the wet FP3 and the dry FP4 before taking a superb pole position to extend his record of poles to 72 in career, 44 in MotoGP, with seven this season and four in a row at Phillip Island.

His amazing qualifying achievement also earned him the fifth BMW M Award in succession, as the best qualifier of 2017.

Dani Pedrosa was fast enough in the wet this morning, when he set the sixth quickest lap time, but he was unable to match that speed in the dry-but-cold afternoon sessions and had to settle for the 12th best qualifying lap time.

“I’m happy because I felt good in every session and in every condition. We found good speed for the single lap, but we were also able to keep a good rhythm in the practices, which is what really counts for the race. I think that the work we did in the FP4 session was important. I was also very comfortable in qualifying, but I encountered some traffic at some points. I understand that the slipstream is important here, and it’s okay if some other guys follow during the practices, but in qualifying I obviously preferred to ride alone. I just waited a bit before exiting for my second flying lap and then I had the chance to do a really good lap. I’m happy with this pole but the race is tomorrow. It’s true that Dovi is a bit behind on the grid here, but also at Motegi he was only ninth! We just have to wait and see how the weather is tomorrow, as it seems it will be unstable like today. Then I’ll try and give my 100% and push from beginning to end.”

“Today qualifying was quite difficult. FP3 in the wet wasn’t so bad, but I wasn’t as fast as I expected in dry FP4 and qualifying. I couldn’t ride as fast as I wanted on my first flying lap, and I didn’t improve on my second try either. I didn't have enough confidence in mid-corner to push hard. Obviously our grid position isn’t good but we now have to focus on tomorrow’s race. We must try to get away well and see if we can keep the pace of the group. We’ll see how the weather is and we’ll do our best.” 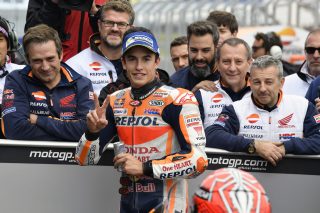 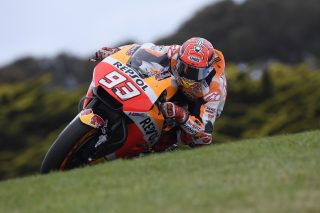 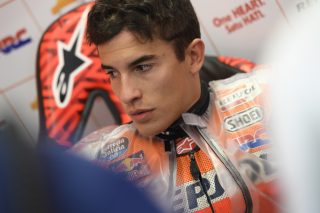 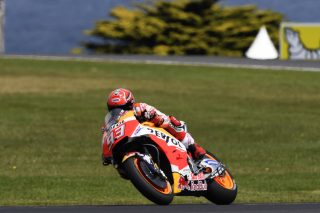 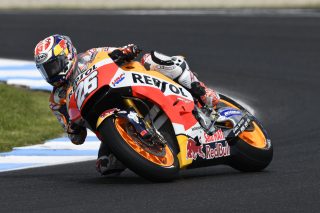 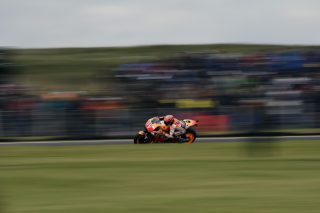 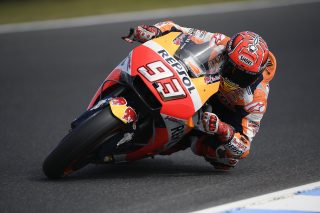 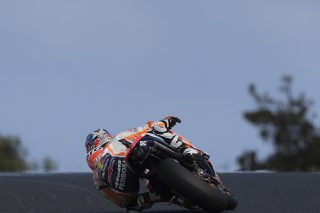 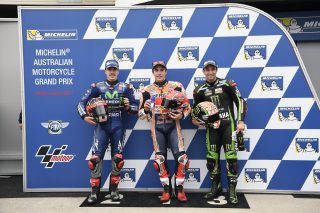 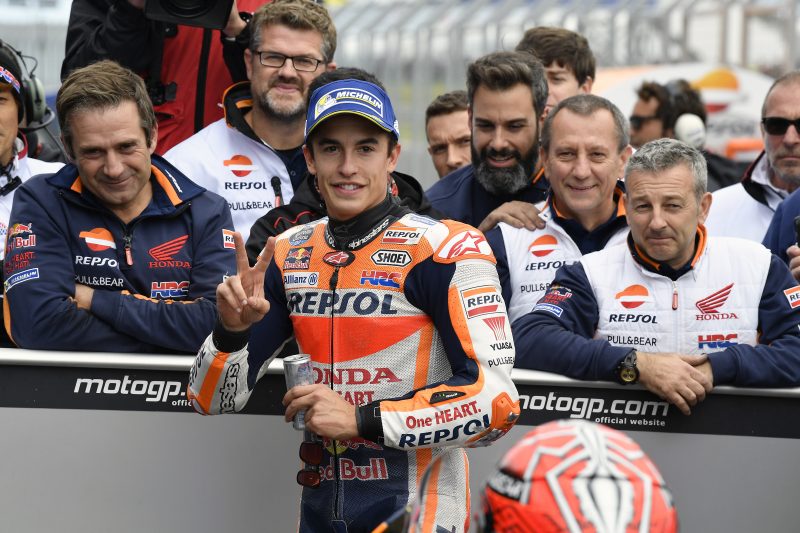