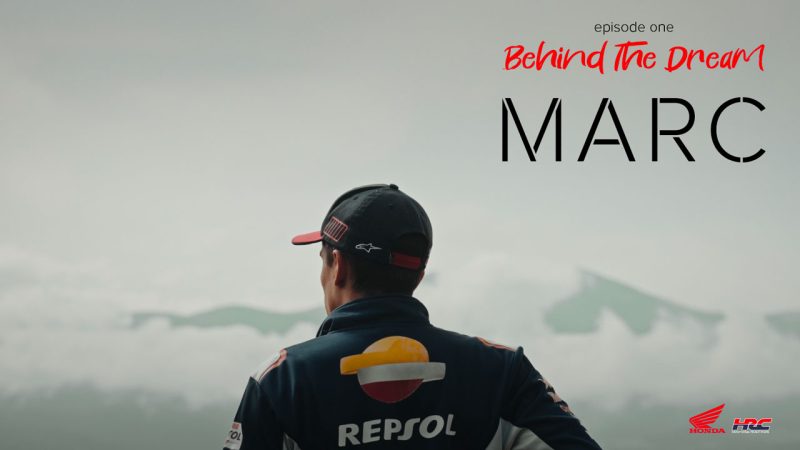 Honda HRC opens the doors of its box, hospitality and offices at the track to commemorate the company’s 40th anniversary, which will be held on September 1, during the San Marino Grand Prix.

The series, titled ‘Behind the Dream’, will cover six completely different characters in six different departments of Honda Racing Corporation across six episodes, which have been recorded throughout the season and will be distributed every two weeks, until the final race at the Valencia Grand Prix.

The first chapter is entitled ‘Marc‘ and covers the extraordinary visit of Marc Marquez at the Austrian Grand Prix, where the eight-time MotoGP world champion is honest about the difficulties facing the iconic factory. “I arrived here with another role, another mentality”.

The Spanish rider met with the HRC leadership, with his team and with the rest of the Honda riders to fully understand the evolution and development direction that has gone on in his absence, “Everyone is doing their 100%, but now in a difficult situation, the most important thing is to keep everyone’s motivation.”

On a personal note, #93 explains his relationship with fear, how he has changed in the two years since his accident at the Spanish Grand Prix in Jerez de la Frontera. “2 years ago I didn’t feel fear,” and “the way I approach races is changing”. Marquez left the same Friday after FP2 at the Red Bull Ring “to continue with the rehabilitation” and wait for the right moment for his return to competition, which is getting closer every day after the green light given by doctors last Wednesday.

The champion from Cervera also takes advantage of this short to explain the importance of his team in the worst moments, which is when you must be more united. “The people around me are the most important,” he notes.

Behind the Dream: Marc