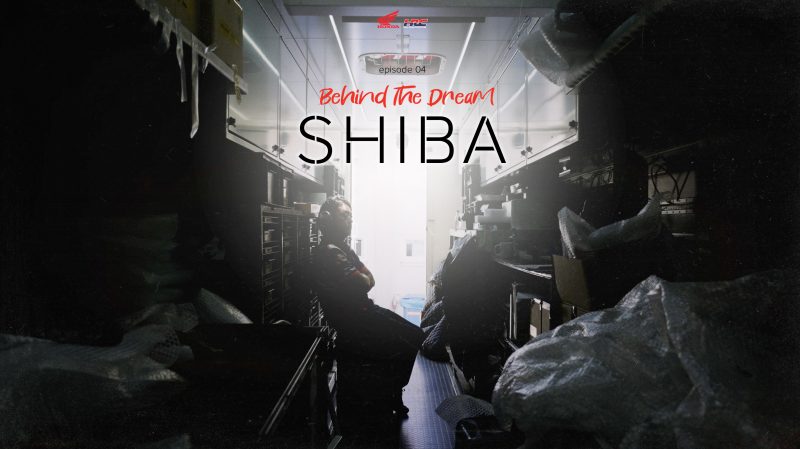 With over 1,600 pieces and parts inside his truck, HRC Spare Parts Coordinator Shibasaki Katsura, or simply ‘Shiba’, is intimately familiar with every inch of the Honda RC213V. In a job where a quiet weekend can become a blur of aluminium, carbon fibre, nuts and bolts in an instant, a special kind of character is needed. “The Spare Parts Coordinator is one of the most important guys in the team. In our case it’s Shiba-san and he’s doing an incredible job. His mentality is one of the ones that I say: ‘How he can do it?’” reflected Marc Marquez when asked about the job.

“I got a job from the best racing team in the world,”

A lifelong passion for motorcycles and racing took Shiba from his home in Japan to America where he realised his skills were perhaps better suited to working on bikes rather than racing them. Channelling this passion alongside an incredible work ethic has seen the 52-year-old arrive at the peak of two-wheeled competition and working with HRC. “I tried some motorcycle racing, but I found out that I had no talent for that. But I still liked motorcycle racing and motorcycles – I kinda stayed in and finally I got a job from the best racing team in the world,” shared Shiba.

Although often unseen, the Spare Parts Coordinator is frequently the first to arrive at the circuit each day and the last to leave as they meticulously manage their inventory. As HRC’s Spare Parts Coordinator, Shiba is responsible for managing and maintaining Honda’s stock of spare items, guaranteeing that everything from the smallest screw to an entire chassis is available when needed.

Then when a crash does occur, Shiba must leap into action and begin to prepare all the parts needed – often already opening one of his many draws before the bike has finished sliding. Like a coiled spring, Shiba watches each session and cheers for the riders, hoping they don’t crash.

“Of course crashing, that’s pressure,” Shiba reflected. “Parts destroyed and mechanics start fixing the bike. As a professional when we start, we have to finish before the next session.”

But, Shiba is constantly searching for improvements, how to improve himself and his system with the aim of getting the riders back on track as quickly as possible. “I’ve not really reached the Master Level yet, so I have tried many different things every year, every time.” As Grand Prix machines have grown more complex, the job of the Spare Parts Coordinator has expanded alongside it. Shiba now has sections of his ‘house’ for all the new pieces of technology alongside the same boxes and draws that have diligently carried rearsets, engine parts and chassis components throughout his time at HRC.

Behind the Dream: Shiba