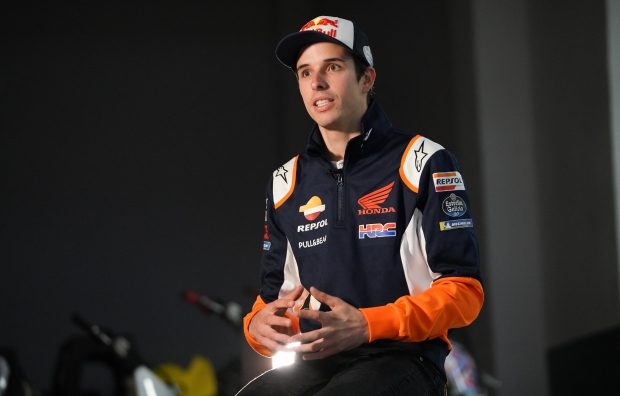 With the Moto2 World Championship secured, adding to his Moto3 World Championship title from 2014, Alex Marquez moves to the Repsol Honda Team in MotoGP for the 2020 season. Racing alongside eight-time World Champion Marc Marquez, the rookie is ready to learn, adapt and fight for Rookie of the Year honours. Donning the orange, navy and white of the Repsol Honda Team for the first time, Alex Marquez outlines his ambitions for the year and what it feels like to step inside the garage of MotoGP’s most iconic team.

This is the first time wearing the Repsol Honda colours, what does it mean to you?

“Well it’s a dream come true, it’s an incredible honour to have these colours on and to have this shirt on. I’m really happy with this opportunity to go to MotoGP with the Repsol Honda Team. I’m really proud. It’s a new situation for me, I’m used to seeing Marc in these colours but not me! It’s special.”

What does it mean to you to be a rookie in a historic team like the Repsol Honda Team?

“Well I think for every rookie it’s a dream, or the target, to be in a factory team. After winning the Moto2 Championship your target or your wish is to be a factory rider, so this has come true for me. To be in the Repsol Honda Team, a team with the most history in the MotoGP paddock is an honour. I know it’s a challenge, but it’s a nice challenge. From the first moment I said I wanted this opportunity, 100% and now I try to enjoy it.”

What is your goal for the season?

“I can say that I want to be the Rookie of the Year – that’s the first goal. But to put a goal about positions or something like this, right now I am focused on understanding the bike and aiming to have more feeling to build my confidence. Before the Qatar race, I will be able to see a little better what our real position is and what we can do from the first race.”

What was it like being in the Repsol Honda garage for the first time, knowing you’re a factory rider?

“It’s really special. In the stomach you have butterflies when you put on your leathers, you walk in and you see your team and you know it’s your team. Both bikes sitting there, it’s like continuous special feelings during the first test. Now in Malaysia I think everything will be more under control, less nerves and more relaxed but the team already helped me to relax a lot in Jerez.”

You will be one of the tallest riders in MotoGP – do you think it can help you?

“Being tall can have some advantages such as maybe moving the body and how you can use your weight. Maybe in the wet it’s a bit easier but maybe there are disadvantages and some things can be a little bit worse. But you know, you need to live with this and be strong where you can and lose as little time as possible where you are weaker.”

You will be a rookie but being a Repsol and an HRC rider isn’t new for you, you’re back after your past in the Spanish Championship and Moto3. Did you ever imagine coming back to Repsol and HRC?

“When you start, you imagine things like this can happen in your best dreams but it’s difficult. There are many hours of training, many races, many things that can happen in a rider’s career. I started already in the Spanish Championship with Repsol where we won in 2012 and it was really special. Then in 2014 we started a new project with the Honda Moto3 and HRC, the factory was behind me and it was incredible that year to win in the first year of the project. After all these years to come back to Honda is a dream, I’m looking forward to working with these amazing people, this factory and of course Repsol.”

It’s the first time in history that two brothers will share a garage in MotoGP.

“It’s a special moment, a special year but we need to be natural and approach it like a normal situation. We know we are brothers but inside the team we need to be professional, we are different riders. We each have our own teams, so we need to work in our own way. For sure for me it’s an advantage to have a six-time MotoGP World Champion in my garage because I can see a lot of data from him and see how I need to ride this Honda machine, to help find the secrets. So, I will try to take all the information from him and all the Honda riders to try and learn as much as possible.”

With the Moto2 World Championship secured, his second title since joining the MotoGP World Championship full time in 2013, Alex Marquez moves to the Repsol Honda Team in MotoGP for the 2020 season. Racing alongside eight-time World Champion Marc Marquez, the rookie is ready to learn, adapt and fight for Rookie of the Year honours. Donning the orange, navy and white of the Repsol Honda Team for the first time, Alex Marquez outlines his ambitions for the year and what it feels like to step inside the garage of MotoGP’s most iconic team. 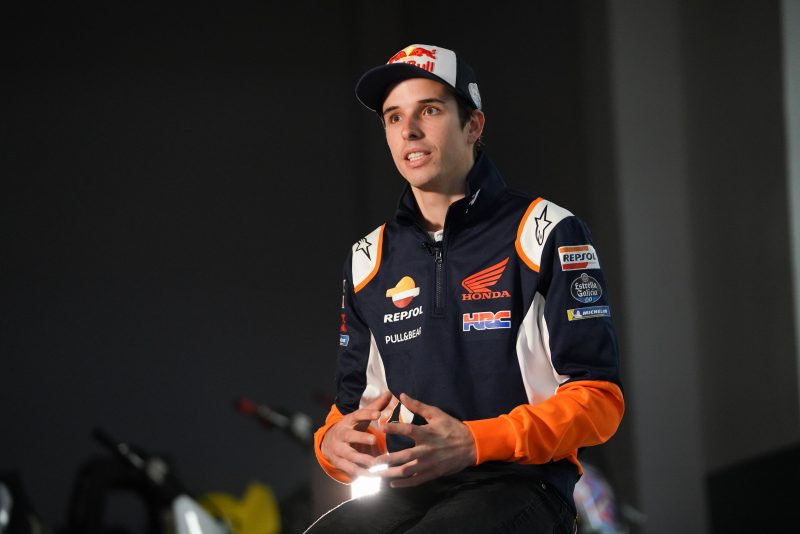