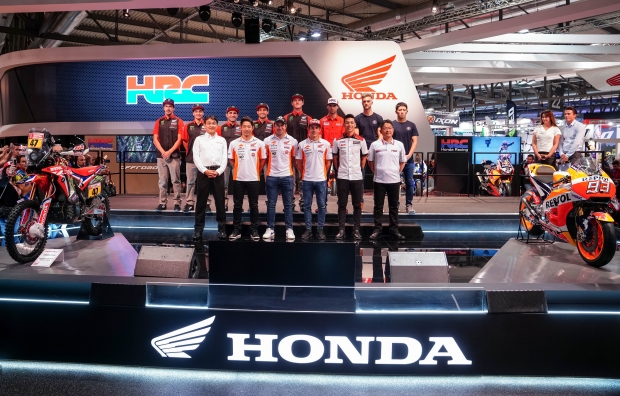 Directly from a highly successful tripleheader stint that saw Marc Marquez clinch his seventh World Championship (his fifth in MotoGP), while Honda scored its record 24th Constructors Title, the Repsol Honda star paid a visit to the EICMA Motorcycle Show in Milan, Italy, which is now in its 76th year.

Along with fellow HRC motorsport personalities from WSBK, MXGP, Rally and Trial, Marc was a guest at the Honda stand, where a wide range of Honda models will be on display for motorcycle enthusiasts from 6 to 11 November.

In the evening, Marc took part in HRC’s 2019 official presentation, in the presence of Chief Officer for Motorcycle Operations of Honda Motor Co. Noriaki Abe and HRC President Yoshishige Nomura, before returning to Spain where he’ll be back on track next week aboard his RC213V for the season finale in Valencia.

"It has been a very long season, but we ultimately achieved our target and now it’s time to enjoy the feeling with my team, family and friends. This weekend we’ll have a big party in my hometown, Cervera. Obviously, we still have the final race in Valencia to think about in two weeks, and our main goal there will be to achieve the Triple Crown by taking the Team Title in front of our fans. We know it won’t be easy but we’ll stay focused on the target until the very end. I’m also looking forward to testing the new bike on Tuesday after the race in Valencia, as we’re already thinking about having the best bike for 2019." 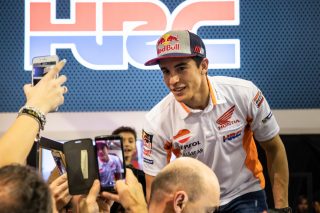 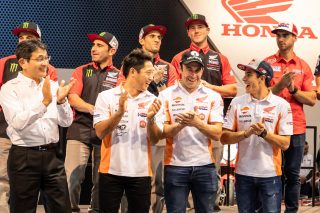 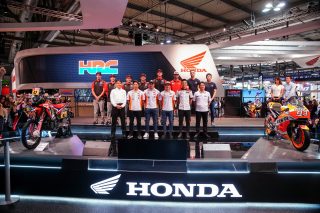 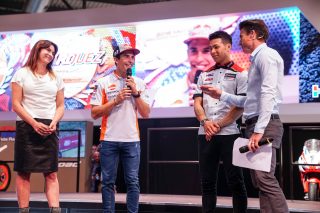 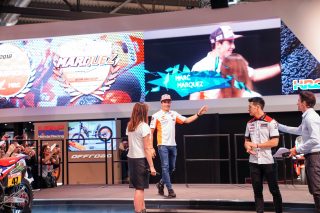 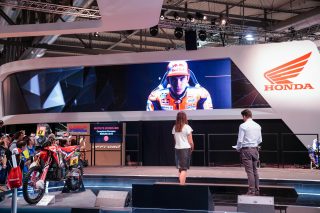 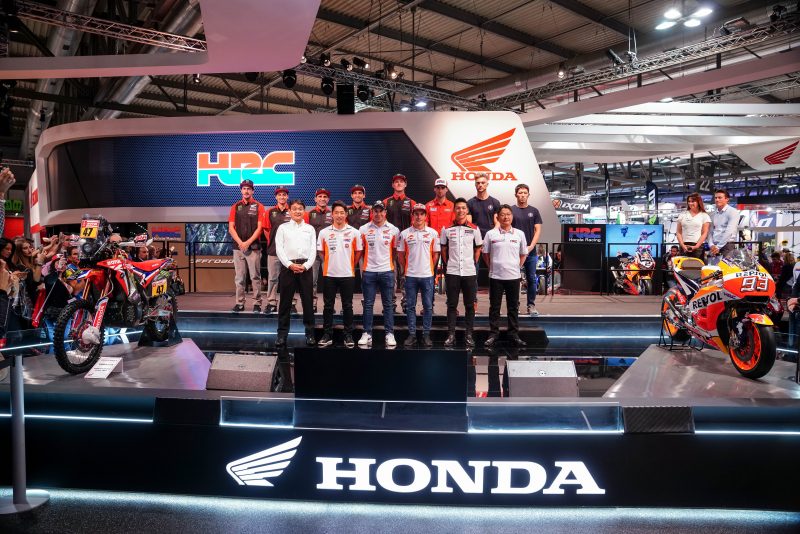