Pol Espargaro has established himself as one of the most consistent riders in Grand Prix racing since his debut in 2006. Born in Granollers, the younger of two racing brothers burst onto the scene after domestic success and has continued to raise his profile ever since. Rarely finishing outside of the top ten, Espargaro has shown the speed and talent necessary to fight for victory in all classes and claimed the 2013 Moto2 World Championship after a long battle with Scott Redding. Debuting in the premier class with a satellite Yamaha, Pol Espargaro regularly fought with the factory teams before moving to KTM to help them develop their MotoGP machine. After working to turn it into a podium contender, Pol joined the Repsol Honda Team in 2021 and improved steadily throughout the year. A pole in Silverstone was followed by a second-place finish at the Emilia Romagna GP, his best finish in the premier class to date. 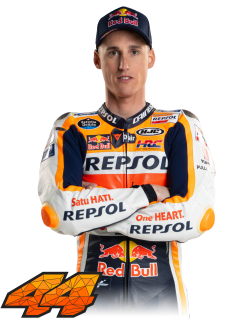 Born on the 10th of June 1991, Pol Espargaro is the younger brother of fellow Grand Prix racer Aleix Espargaro. Hailing from Granollers, Spain, Espargaro spent much of his childhood just a stone’s throw away from the Montmelo circuit, quickly developing an interest in motorcycles. Pol quickly rose through the domestic ranks in Spain, racing against many of the names who would become his biggest rivals in Grand Prix racing in the coming years.

With a strong year in the CEV, eventually going on to take the title that season, Espargaro made his debut as a wildcard in front of his home crowd at the 2006 Catalan GP, riding to a solid point scoring position. With this, he became the youngest rider to score points in a Grand Prix as he was just 15 years and 8 days old. This would see him called up in the closing stages of the 2006 World Championship season to ride a Derbi in place of the injured Andrea Iannone. Of the six races, Pol scored three times with a best finish of sixth in the last race of the year in Valencia.

A full-time ride in the 125cc World Championship was the next step for the young Spanish talent, earning seven-straight point scoring results with two-top five finishes from his first ten races. The highlight of the season came at the Portuguese Grand Prix when Espargaro scored his first Grand Prix podium with a thrilling ride to third place. Failing to finish just four races and consistently fighting for the top ten, Pol scored a total of 110 points and took ninth overall in championship as he continued to impress and make a name for himself as the Rookie of the Year.

2008 was another solid year as Pol built on the foundations he had laid in the previous two seasons, taking three podiums – second in both the Catalan and Indianapolis Grands Prix, as well as starting both races from pole position. Ending the year in ninth again, Pol’s talent and consistency continued to shine through as he developed and grew as a racer.

The following season saw Pol breakthrough and become a race winner at the Indianapolis Grand Prix, beating Britain’s Bradley Smith by just 0.120s in a spectacular lightweight class race. It would not be long until Espargaro again took to the top step of the podium, winning the Portuguese Grand Prix, the scene of his first GP podium, just two races later. Three additional podiums over the course of the year and never finishing a race lower than tenth saw Espargaro take fourth overall in the championship standings.

As with the previous years, 2010 would see Espargaro make yet another step and launch a championship challenge in what would be his final year in the lightweight class. A fourth place in the first race of the year was followed up by back-to-back wins in Spain and France and four straight podiums. Espargaro spent the rest of the 2010 season fighting with Nico Terol and Marc Marquez for the 125cc crown, missing the title by a mere 29 points at the end of the season as Espargaro took third overall. The year solidified Pol as one of the hottest talents in the smaller classes, and the next step in his career would come the following season.

For 2011, Pol Espargaro moved to the still new Moto2 class aboard an FTR and showed constant growth over the course of the season after a rocky start. Indianapolis would again be a special race for the Granollers-born rider as he stepped on to the podium in Moto2 for the first time with a sterling second place. Ending the season with 75 points, Pol moved to the successful Pons team for the following season.

Taking his first win in just the second race of the season, Pol Espargaro was a title contender from the word go. His old sparring partner, Marc Marquez, stood as his chief rival for the campaign as the pair traded wins for the majority of the season. It would be Marc who eventually won their contest, Espargaro ending the season in second overall thanks to four wins and six more podiums. The year was full of close races and hard battles between the two championship contenders. Entering 2013, it was clear that Pol would be the man to beat in Moto2 as he continued within the same structure.

A win at the first race of the year in Qatar set up a title run perfect for Pol Espargaro, but it would not be until round six of the season until he stood back on the top step of the podium. Throughout the early and middle part of the championship, Britain’s Scott Redding was the only rider to consistently challenge Espargaro but once the Spaniard found his rhythm, he was able to steadily increase his points advantage. Six wins saw Espargaro eventually amass 40 more points than Redding, his championship earning him a position in the MotoGP class with Yamaha on a satellite bike.

Rookie of the Year, Again

Pol’s debut in the premier class followed a similar pattern to his previous class debuts: steady progress and consistency throughout the year. A DNF in the opening race was quickly put behind him as Pol strung together six straight top-ten finishes, including an outstanding fourth place at the French GP. Although there would be no podiums in his first year, Pol never finished a race lower than ninth place and finished the year as Rookie of the Year and the leading satellite rider.

2015 and 2016 followed a similar theme to his first year in the MotoGP class, Pol only finishing two races in the 35 he contested outside of the top ten. He and Tech 3 team-mate Bradley Smith regularly fought out on track with Espargaro gaining the upper hand in 2016 on his way to eighth overall. Fourth place would remain his best finish while at Yamaha, coming close to the podium on a number of occasions. After three strong years, Espargaro has established himself as a capable and experienced pair of hands in MotoGP and a new challenge called.

During the 2015 and 2016 seasons, Espargaro participated in the legendary Suzuka 8 Hour race in between his MotoGP duties. With limited Superbike and Endurance racing experience, Espargaro immediately adapted to the new circumstances in 2015 and continued to build his speed the following year. An impressive qualifier, many of the Suzuka regulars found themselves bested in the shootout as Pol set a new lap record of 2’06.000 to start from pole for the 2015 edition. He and his teammates would go on to win the 2015 and 2016 editions of the races – Pol becoming just the second Spanish rider to finish on the top step of the 8 Hours.

For 2017, Pol Espargaro moved to the KTM Factory Team as the Austrian brand made their premier class debut. There were flashes of speed at the start, but inconsistency and DNFs plagued Espargaro and KTM’s opening races together as they began the difficult task of developing a MotoGP machine. In round ten of the season at Brno, KTM and Pol achieved their first top ten finish together and ended the season on a high with six point-scoring finishes in the last seven races – three more in the top ten. Espargaro’s presence was clearly helping KTM in their MotoGP journey as they looked forward to a second year together.

The 2018 season started on much stronger footing for Pol and KTM, missing out on points just once in the first eight races. Comparing to the races the year before, Pol and KTM had made clear improvements as the development of the Austrian machine continued. Unfortunately, Pol’s season would be upset by injury, the Spanish riding crashing in Germany and missing six races – returning just as the fly-aways began. But the year would end on a high, a soaked Valencia circuit allowing Pol to shine and charge through to earn his first premier-class podium. Although he only scored 51 points, the season showed that Espargaro still had even more potential.

It was back to the regularly scheduled programming in 2019 as Espargaro had another of his trademark consistent seasons, almost doubling the points scored in the previous year to an even 100. As in previous years, Pol was able to reduce the distance to the front in almost every race as the KTM became a more and more regular finisher in the top ten. A highlight of the year came at the French GP with fourth place, but a total of eight top-ten finishes legitimised the work that Pol and KTM had undergone in the preceding years.

Despite the difficult start to the 2020 season due to the Covid-19 pandemic, Pol Espargaro remained strong and would become one of the standout performers of the truncated season. Pole position, a fastest lap and an almost unbelievable last corner battle for victory at the Styrian GP would see Pol return to the podium for the first time since 2018. He wouldn’t have to wait long for his next podium, coming two races later in Misano with yet another third place. Having twice finished on the podium in the opening seven races, 2020 was already looking like Pol’s most competitive season in the MotoGP class.

Three more podiums, including another pole in Valencia would help shoot the younger Espargaro up to fifth in the championship – his highest overall placing in the premier class. Pol also showed race-winning speed on several occasions, bad luck and other riders ending his chances early. After three years helping to develop the KTM, Pol Espargaro decided to undertake a new challenge and would join the prestigious Repsol Honda Team alongside Marc Marquez for 2021. 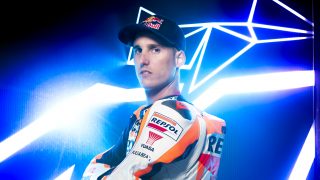