Alex Marquez has paved his way to the MotoGP World Championship with titles in all of the feeder classes. Joining the World Championship full time in 2013 after taking the FIM CEV Repsol Moto3 title in 2012. A first win came that year in Japan and he followed it up with a title winning run in 2014, beating Jack Miller in a last-race duel. The championship prompted a move to the intermediate class for 2015, Alex Marquez taking a debut podium at home in Aragon in 2016 with a first Moto2 win coming early in 2017. 2019 saw the Cervera-born rider emerge as the man to beat, charging to five wins, 10 podiums and claiming his second World Championship at the Malaysian GP. For 2019 he moves up to the Repsol Honda Team to partner eight-time World Champion Marc Marquez.

Born on April 23rd, 1996 in Lleida, Spain, Alex Marquez spent his early days playing with older brother Marc and enjoying a variety of activities. Alex has always been surrounded by motorbikes and the young boy soon found himself fascinated with all things two wheeled. By age eight Alex had already begun racing and fighting for victory in the 50cc PromoRacc and followed it up with the Championship of Catalunya title.

Working his way through the 70cc PromoRacc class, the Mediterranean Speed Championship Pre125GP and the 125cc Catalan Championship, Alex gained valuable experience and established himself as one of Spain’s brightest racing prospects.

In 2010 Alex joined the CEV championship, forced to miss the first race of the season as he was under the 14-year-old age limit. But from the second race he steadily progressed and for 2011 joined the successful Monlau Junior Team. Scoring his first race win in Aragon, Alex would take a further win and two second places and remain in championship contention until the final round of the year. Second place in 2011 meant he was a prime candidate to challenge for the title in 2012. At the front all season, Alex Marquez ruled the roost and wrapped up the CEV championship alongside making his World Championship debut.

Having impressed with seven-point scoring finishes from 11 starts during his wild card rides in 2012 and with the Spanish Championship to his name, Alex joined the Estrella Galicia 0,0 team and scored his first podium at the Indianapolis GP, taking his first win at a closely fought Japanese GP to secure the Rookie of the Year title and end his debut season in an impressive fourth.

A switch to Honda machinery waited for Alex Marquez during his sophomore Moto3 World Championship campaign as Honda relaunched their Moto3 project with new vigour. Three victories and never finishing lower than seventh brought the title fight with Australian Jack Miller down to the final round in Valencia. Despite the immense pressure, Alex scored his tenth podium of the season and his first World Championship alongside Honda’s first World Championship in the still new Moto3 class.

As he had done in 2013, with the title secured Alex Marquez stepped up to the next class and joined the Marc VDS Estrella Galicia 0,0 team for his maiden Moto2 World Championship campaign. A consistent first season produce a best result of fourth and a total of 73 World Championship points. More of the same learning and consistency followed in 2016 with a debut Moto2 podium at home at the Aragon GP a highlight of the year. In 2017 Alex established himself as a serious title candidate for the Moto2 crown, taking his first win in the intermediate class at Jerez and following it up with wins in Barcelona and Japan to eventually finish fourth in the Championship. Although 2018 did not yield further victory, Alex learned many more important lessons and was again able to take fourth in the standings with six podium finishes and many unforgettable races.

An inauspicious start to the year in 2019 with one podium from the first four races was soon banished as Alex went on a winning streak and dominated the French, Italian and Catalan GPs in quick succession. A fall in Assen ended the winning streak but Alex bounced back immediately to take two more wins in Germany and the Czech Republic. With five victories already, 2019 was Alex’s strongest season to date. A rejuvenated challenge from Brad Binder pushed Alex hard in the second half of the year, but the 23-yeard old kept his cool and secured his second World Championship with a strong second place finish in Malaysia. For the second time in their careers, Alex and Marc were World Champions together. MotoGP Debut (2020) Returning to the Honda family, Alex Marquez joined the Repsol Honda Team for the 2020 MotoGP season. Although having ridden the RC213V on two previous occasions, Alex approached his debut season in the premier class with a completely open mind – ready to learn and grow as a MotoGP rider. 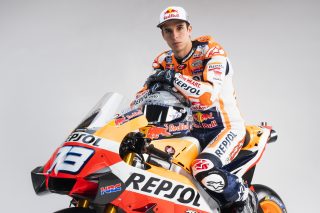 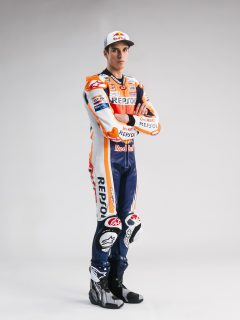 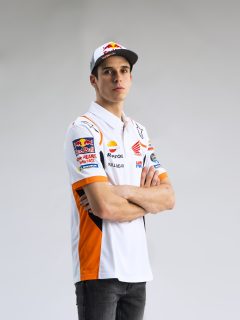 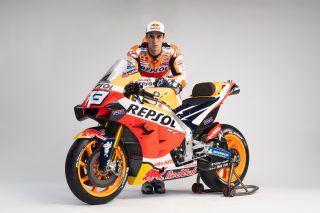 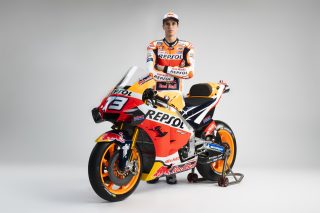 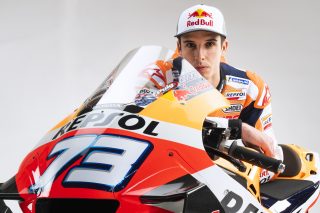 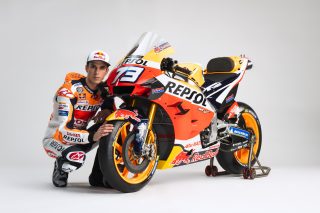 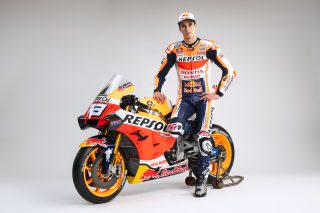 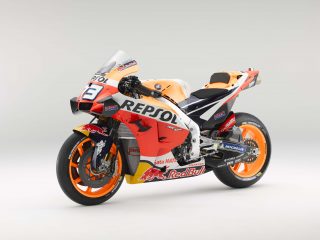